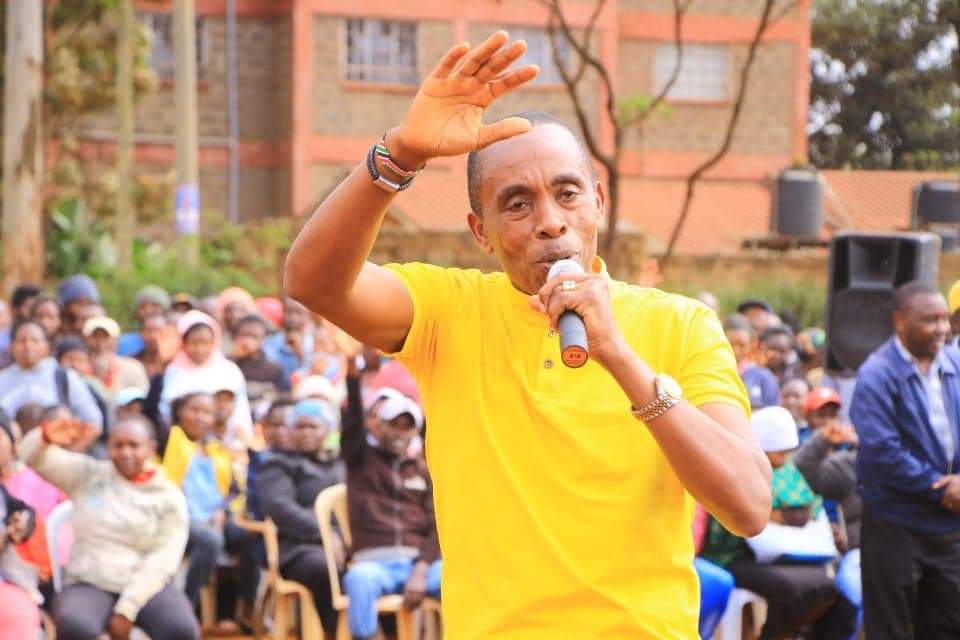 Two British investigators have moved to court seeking the deportation of Kiambu Senator and UDA’s gubernatorial candidate Kimani Wamatangi over a multi-billion fraud that took place in Europe between 2009 and 2012.

According to court documents seen by this writer, the Kiambu Senator was the ring leader of a car importation syndicate that sold luxury cars stolen from Luton, Cheshire, Berkshire, London, and Oxfordshire, among other cities in the UK.

However, the lawmaker dodged authorities in the UK and Kenya by traveling on passports with several aliases throwing off investigators.

According to a case filed at Luton Crown Court, investigators have since established that Wamatangi sneaked back to Kenya in late 2009 and went into hiding.

The investigations lead by a security team drawn from the Directorate of Criminal Investigations (DCI), the International Criminal Police Organization (Interpol), and the UK’s National Crime Agency was thrown off track after the cunning legislator faked his death.

Court documents show that Kimani Wamatangi ‘died’ sometime in October 2008 and a Death and Funeral Announcement (obituary) was placed in two leading Kenyan newspapers i.e. the Nation and the Standard.

This prompted the Interpol, through the British High Commission to dispatch a team of detectives to Wamatangi’s ‘matrimonial home’, where his sister showed them his final resting place, complete with a cross engraved with his last known alias ‘Paul Kimani’.

The name and date of death corresponded with the newspaper obituaries prompting Interpol to close the file.

A postmortem report filed at the Luton Court further reveals that Wamatangi reportedly ‘died’ from a heart attack caused by mycobacterium tuberculosis, (TB).

The investigators reopened this file in May 2021 after a Kenyan wrote to Interpol, informing them that the ‘late’ Paul Kimani who was wanted for theft and fraud in the UK was alive and is now a ‘respected Kenyan politician seeking to be Governor in one of the counties.

In an affidavit, the informer further revealed that Mr. Paul Kimani had changed his name to ‘Kimani Wamatangi’ and he was residing at a city hotel since faking his death fearing that the people he swindled tens of millions in Europe and Asia would come for him.

He further revealed that Wamatangi hails from Gathiga in Kabete and not Limuru Constituency where his ‘grave’ is located.

“The grave in Limuru is empty, everything about Kimani Wamatangi is a fraud including his home. He has no known physical residence in Kiambu or Nairobi and he lives in exclusive hotels away from the public eye”, the affidavit states in part.

In another document, investigators detailed how Wamatangi shipped stolen high-end market vehicles that he sold to unsuspecting Kenyans at his Mombasa Road car bazaar.

He would later tip off corrupt DCI officers who would way lay the unsuspecting buyers, forcing them to spend millions of shillings in buying their freedom.

Luton Court is expected to issue a warrant of arrest anytime and Paul Wamatangi will be extradited to face criminal charges in the UK.

Wamatangi will become the first Kenyan politician to be extradited to face fraud-related charges in the UK.