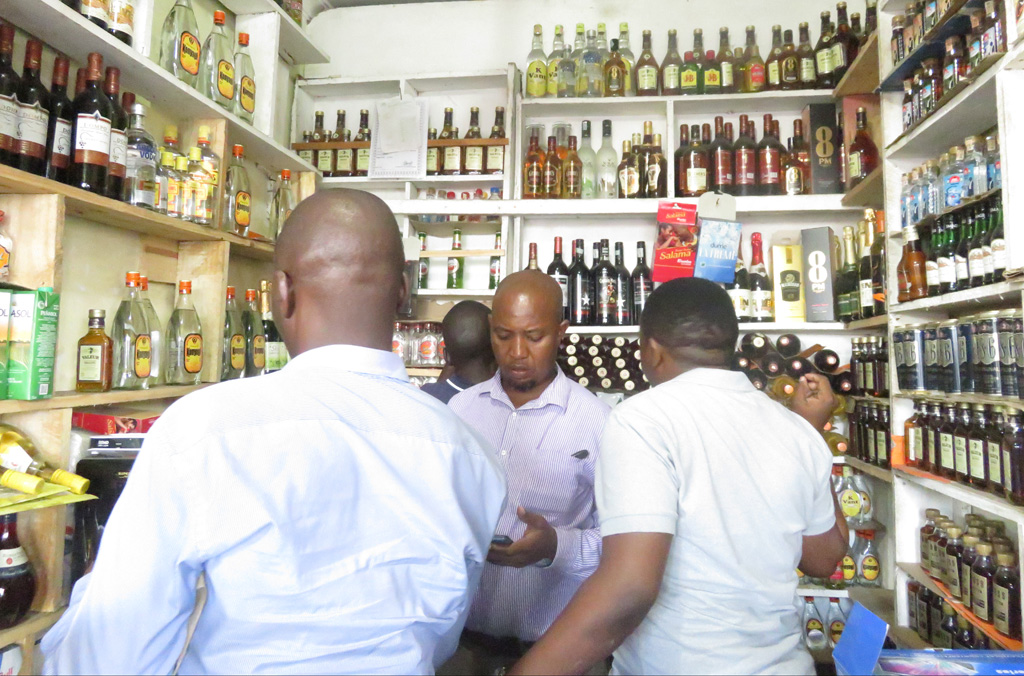 The consignment was intercepted  along the Eastern Bypass Nairobi County.

The interception happened after KRA officers received intelligence report on a lorry ferrying 1050 cartons (21,000 bottles) of Star Vodka 250ml affixed with counterfeit excise stamps and another consignment of 860 cartons (17,200 bottles) of star vodka 250ml also affixed with counterfeit stamps in their factory in Thiha Industrial Park in Eastern bypass awaiting delivery to a client.

Customs Investigations Officers from KRA rushed to the scene and with assistance of DCI Officers conducted a full verification and scanning of all the stamps to confirm their authenticity. The verification confirmed that the stamps were counterfeit. The driver of the lorry, Mr. Geoffrey Musyoki and the owner of the factory Mr. Anthony Mwai were arrested and arraigned in court on 13th October 2021 where they pleaded not guilty and were released on a cash bail of Kshs. 150,000/= or a bond of Kshs. 300,000/=.

Being in possession of excisable goods affixed with counterfeit stamps is a violation of law under Section 28 & 40 of the Excise duty act 2015 as read with regulation 30 & 32 of the excisable goods management system regulations 2017.

Punishment upon conviction on the two offences is a fine not exceeding five million shillings or to imprisonment for a term not exceeding three years, or to both a fine and imprisonment. Where an offence under this Part or the Tax Procedures Act has been committed in relation to excisable goods, the court may impose a fine not exceeding the higher of the maximum fine specified for the offence or three times the value of the excisable goods to which the offence relates.

KRA, in collaboration with other government agencies, continues to be vigilant to curb trade on illicit/counterfeit goods and other transnational economic crimes.

Taxpayers are encouraged to pay their taxes and remain compliant with tax laws in order to avoid punitive enforcement measures including prosecution and forfeiture of vehicles conveying counterfeit goods. KRA remains committed in building taxpayers trust through facilitation to foster compliance and make taxpaying experience better.