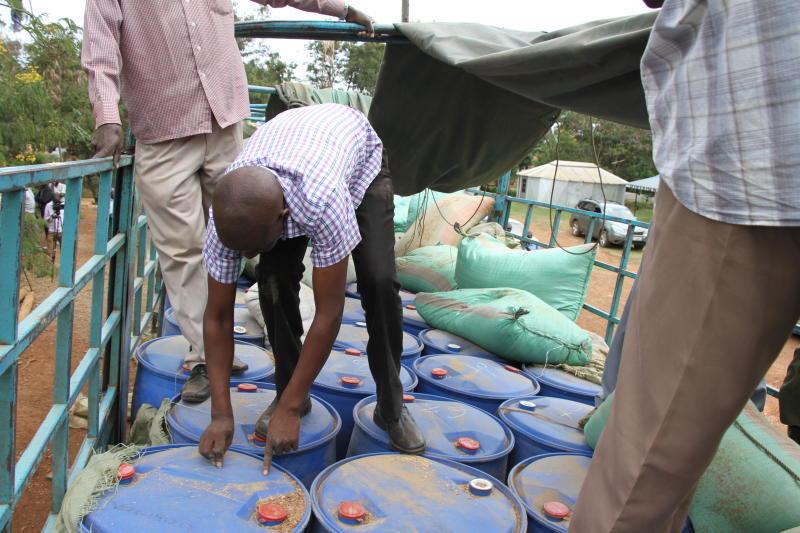 The investigators, who were acting on a tip off, managed to intercept ethanol that was concealed in sacks containing beans and rice bran along Bumala- Funyula road, within Busia County on 14th August 2021.

The truck together with the goods were detained at Sio- Port Customs Station.

The driver Mr. Omondi Owour has been charged before Mumias Law court for conveying and being in possession of uncustomed and restricted goods contrary to Section 199(b) and Sec 200 of the East Africa Community Customs Management Act 2004 respectively.

The suspect pleaded not guilty and was released on a bond of Kshs. 50,000 or cash bail of similar amount. Mention of the case is set for 31st August 2021.

KRA investigators are on high alert to curb smuggling and illicit trade by unearthing of various tax fraud schemes in the region in order to enhance tax compliance. Taxpayers are advised to comply with tax laws in order to avoid punitive enforcement measures including prosecution.