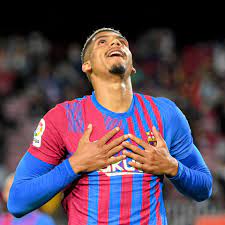 A 10 man Seville frustrated Barcelona’s bid to make the top four in La Liga as they were held to a 1-1 draw on Tuesday, December 21st, 2021.

Barcelona levelled on the stroke of half-time thanks to a Ronald Araujo header from Ousmane Dembele’s corner.

Sevilla were then reduced to 10 men in the 64th minute with 10 after Jules Kounde saw red for violent conduct, after hurling the ball into the face of Jordi Alba.

Barcelona are in seventh place, three points off the top four.

Elsewhere, there was a 5-2 win for Villarreal against Deportivo Alaves. Gerard Moreno and Boulaye Dia scored twice each for the home side, Yeremi Pino added another.