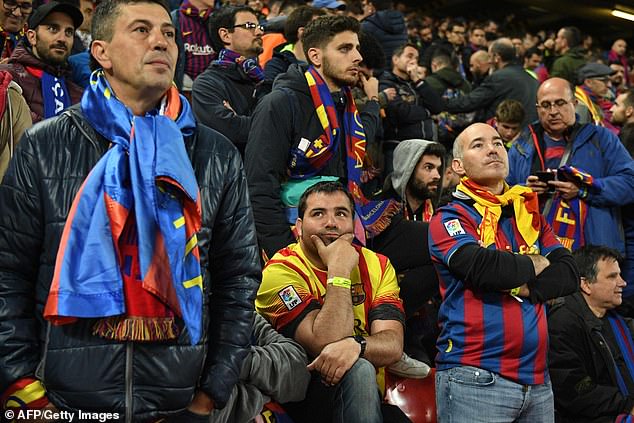 Barcelona let three points slip from their grasp at Osasuna as a late stunner from Chimy Avila secured a 2-2 draw for the hosts in La Liga on Sunday, December 12, 2021.

Barcelona had come into the fixture looking to make amends for consecutive defeats by Real Betis and Bayern Munich.

Midfielder Gonzalez, gave them a perfect start, racing on to Gavi’s superb pass and prodding past home goalkeeper Sergio Herrera to register his first goal for the club.

However, Garcia headed in an equaliser two minutes later after some non-existent marking from a set-piece and Barca, who are still suffering from a lengthy injury list, struggled to provide forward support to the isolated Luuk de Jong for most of the first period.

They did improve after the break and Ousmane Dembele’s driving run was rewarded as Ezzalzouli converted his cross from close range.

With the clock ticking down it appeared to have put them on course for a much-needed victory until Avila drove in from the edge of the penalty area.

Barcelona are eighth in the table, still outside the European qualification places and 15 points off leaders Real Madrid.

Xavi had told reporters on Saturday that he was worried after their 3-0 defeat to Bayern Munich which saw them exit the Champions League at the group stage for the first time in almost two decades.