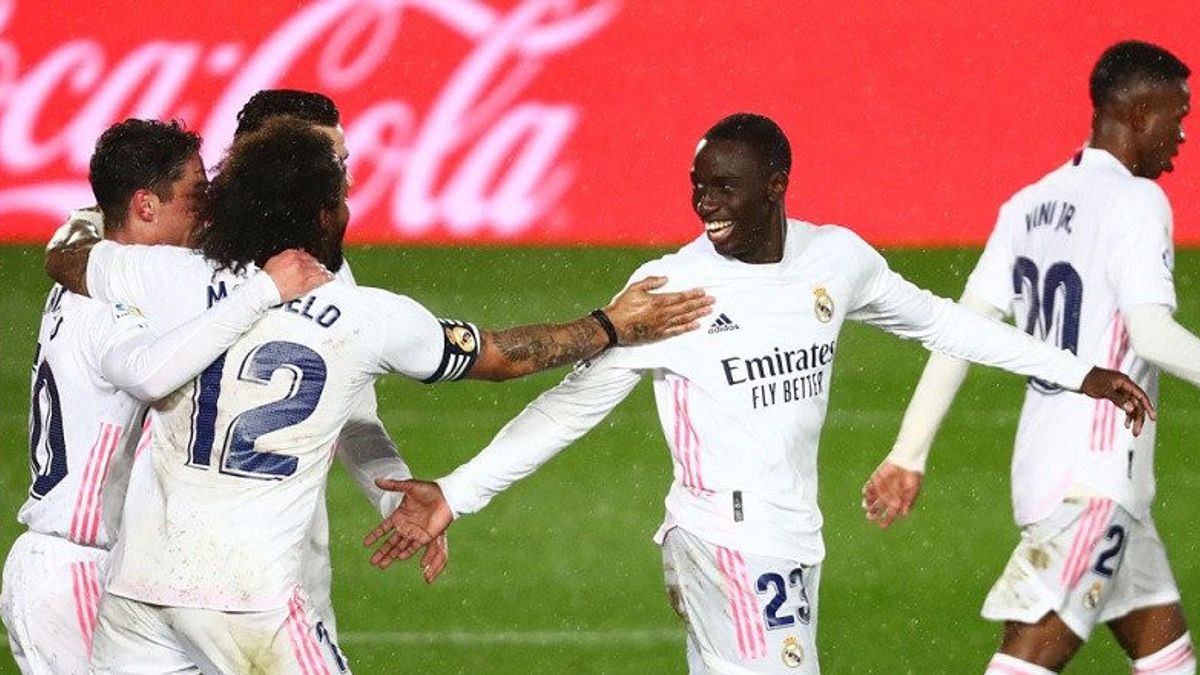 Real Madrid won for the 10th game in a row to beat neighbours Atletico Madrid in the La Liga “Madrid Derby” on Sunday, December 12, 2021.

Real Madrid won 2-0 against a listless Atletico Madrid, Madrid won their 10th straight win in all competitions that tightened their grip on top spot in La Liga and move eight points clear of Sevilla at the top of the league.

Karim Benzema, who had been a doubt for the game with a leg injury and only played the first 45 minutes, made the most of his time on the pitch, hitting a beautiful volley from Vinicius Junior’s perfect cross to open the scoring in the first half.

It was the 17th goal of his career against Atletico and 13th of the season to lead the La Liga scoring chart.

Vinicius Junior did not score but was man of the match after earning another assist early in the second half, this time for Marco Asensio as Real extended to 11 their unbeaten streak against their local rivals in La Liga.

Carlo Ancelotti’s team are currently cruising at the top of the table, eight points clear of second-placed Sevilla and 13 above Atletico in fourth, albeit having played a game more than both.

Left-back Alex Moreno scored twice and assisted Juanmi Jimenez for the striker to net his 10th league goal of the season and his sixth in the last four games. Nabil Fekir chipped in with another goal.