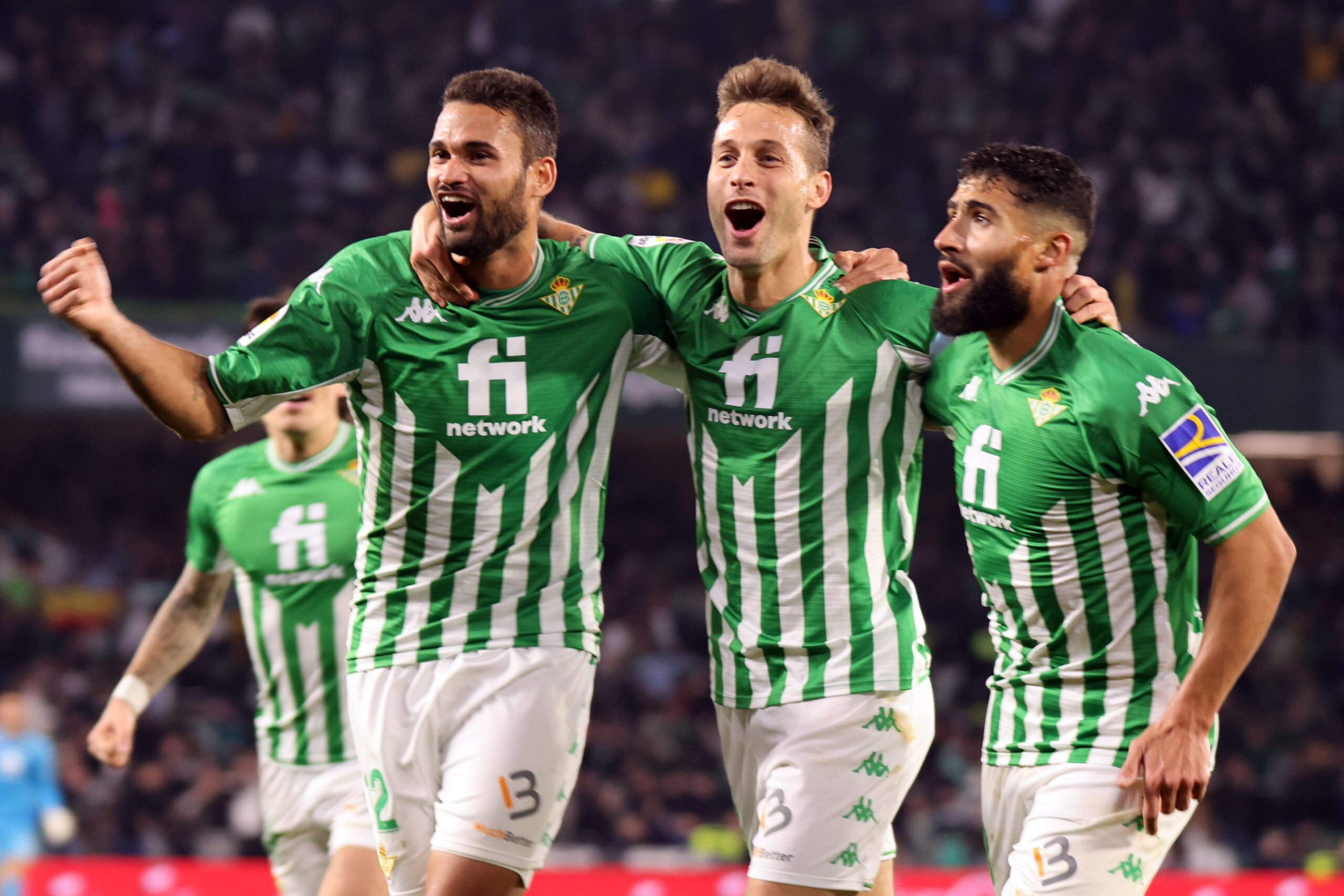 This Week in LaLiga…

What has been going on in LaLiga this past week? Here are 10 of the top stories, from a big derby win for Real Madrid to LaLiga sides’ exploits in Europe.

This was another big week in Spanish football, with important results on the pitch and major developments off it too. There were decisive victories for the top three in the table, while Levante decided on their new coach and Rayo Vallecano renewed one of their stars. All of that and more is discussed below.

The final matchdays of the 2021/22 Champions League and Europa League group stages took place this past week and the results mean all seven of the LaLiga Santander clubs who started the season in European competition will have matches in February. Real Madrid, Atlético Madrid and Villarreal are in the Champions League last 16, while Sevilla and Barcelona drop into the Europa League, where Real Betis and Real Sociedad have secured their progress.

The two Seville sides stay in the top three

It was a good weekend for the clubs of Seville as they each won their respective battle with Basque opposition. On Saturday night, a Thomas Delaney wonder strike earned Sevilla a 1-0 win over Athletic Club in Bilbao, before Real Betis thrashed title challengers Real Sociedad 4-0 at home on Sunday afternoon. Sevilla remain second, with their city rivals just one point behind in third.

The ’Boost LaLiga’ project is approved

On Friday, LaLiga’s general assembly ratified the Boost LaLiga project (“LaLiga Impulso”), with a large majority of 37 of the 42 clubs. With approval now official, these clubs will benefit from investment of €1.994 billion for sporting and business growth initiatives, as a result of a partnership agreed with CVC.

Vinícius wins the November Player of the Month award

The LaLiga Santander Player of the Month award for November has gone to Vinícius, who helped Real Madrid win all of their matches played across the month. The Brazilian scored key goals against Granada and Sevilla and becomes the second Real Madrid man to win a Player of the Month prize already this season, after Karim Benzema tookhome September’s award. 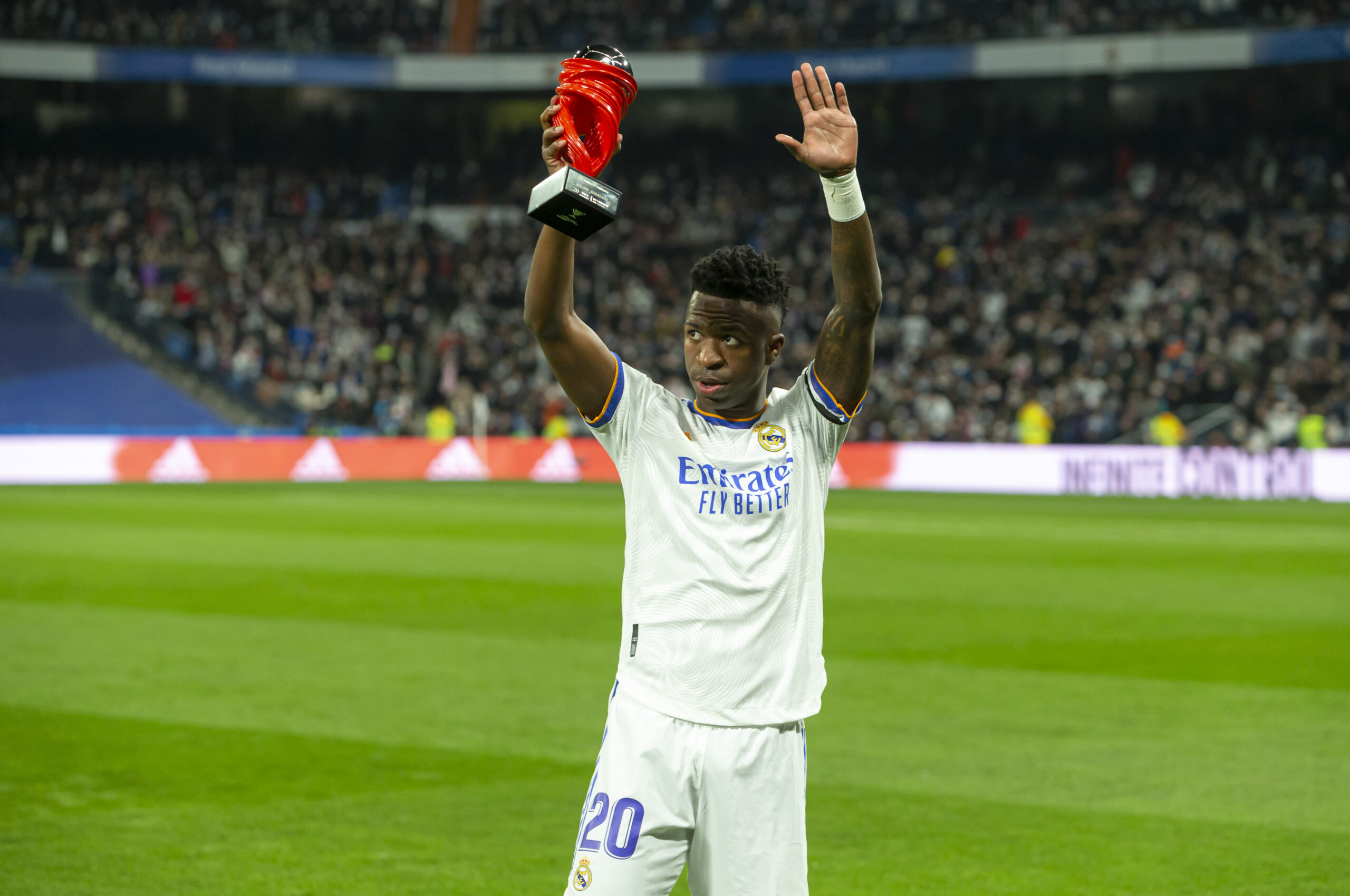 Real Madrid overcame Atlético 2-0 at the Bernabéu in the first Madrid derby of the season courtesy of goals from Karim Benzema and Marco Asensio. Vinícius kept up his good form, providing both of the assists after presenting his Player of the Month prize to the home crowd before kick-off.

There was a thrilling game in Pamplona on Sunday afternoon as Osasuna twice equalised against Barcelona to earn a 2-2 draw. Nico and Abde Ezzalzouli gave Barça leads either side of half-time, but first David García and then Chimy Ávila scored goals from set pieces to earn a point for the home side.

Another surgery at Sevilla

It hasn’t been all good news at Sevilla, though, as Suso had to go under the knife for surgery on his ankle. This came just days after fellow winger Erik Lamela required an operation on his shoulder. After their win in Bilbao, the Sevilla players dedicated the victory to their teammates and they are hoping for two speedy recoveries.

Alessio Lisci is staying on as Levante coach

Looking for their third coach of the season, Levante have decided to place their trust in Alessio Lisci, the B team coach who was promoted into the role on a caretaker basis. After comfortably navigating one round of the Copa del Rey and picking up a point in LaLiga Santander, it was announced that he’ll be given the reins as the Granotas look to climb off the foot of the table.

Rayo Vallecano have enjoyed an incredible start to the 2021/22 LaLiga Santander season and winger Isi Palazón has been a key part of this. The 26-year-old has now been rewarded for his performances with a new contract running until the summer of 2025.

Alavés renew one of their wingers too

There was also a contract renewal at D. Alavés this week, with the Basque side extending their winger Luis Rioja’s deal, which now also runs to 2025. He joined the club two years ago and has become a key player in their attack, so Alavés have made sure the 28-year-old will stay at Mendizorrotza for some time yet.