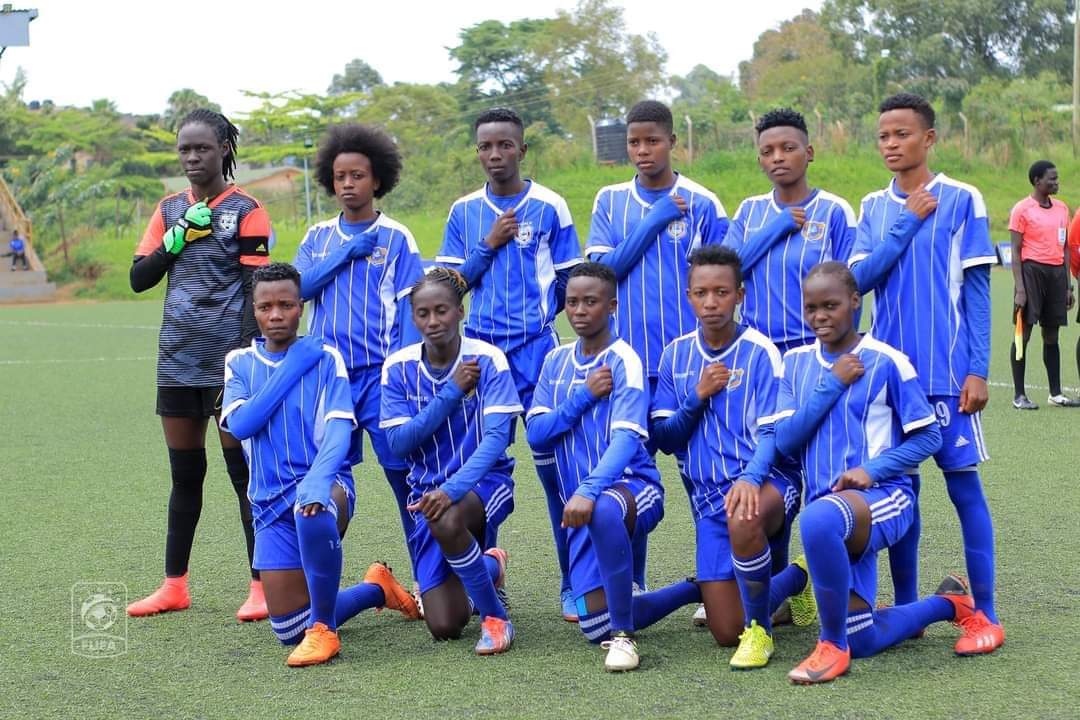 With the African women’s football on a gradual upsurge, expectations are soaring for the women’s game to rise and hit dizzying heights in the coming years. More competitions for clubs and national teams, better funding and facilitation, capacity building for handlers and popular support are sure ways of contributing to the women’s game.

A unique initiative launched this season by Confederation of African Football (CAF) in collaboration with regional administrators, CECAFA, that brings league winners from member associations together in a ‘Champion’s league’ format is another great platform for exposure to the women’s game that is slowly taking root in Africa.

UGANDA (LADY DOVES)
Founded five short years ago, Lady Doves fondly referred to as The Believers have risen through the ranks; from taking part in the Kitara Regional League to the Federation of Uganda Football Associations (FUFA) in 2018.

They will fly Uganda’s flag in the inaugural regional championships after conclusively winning the Ugandan women top-flight division last season.

The Doves’ emphatic flight from a nondescript regional league to the top-flight and now past Uganda’s borders drew attention and applause as they conjured a small record worth celebrating; qualifying for two finals in the same year, the Elite League and FUFA Women Cups respectively.

The Believers have a couple of players who feature in different cadres of national team with the likes of Fazila Ikwaput, Daisy Nakaziro and Nabosa Riticia in the Crested Cranes squad. Sara Nakuya, Elizabeth Nakigozi, Nabira Nakitto and Gloria Namugerwa in the U-20 while Joweria Nagadya, Margaret Namande and Shadia Kagasha feature for the U-17 team.

ATTACKING OPTIONS
Lady Doves boast of a formidable attack and with additional depth in the squad through the introduction of admirable youngsters will boost their chances of recording good results by the end of the league.

Fazila Ikwaput is a technically gifted player coupled with Norah Alupo and Joweira Nagadya upfront. This is the best attacking option for Coach Fred Musiime who is seeking to conquer the region.

DEFENSE
The excitement about the attack formation of Musiime needs a very active midfield that consists of Lydia Nyandera, Nabosa Riticia and Aziz Zuana.

The defense under the creativity of Nabira Nakito who is great tactically and technically will team up with Gloria Namugerwa, Madam Christine and Adrine Birungi. The defensive lineup is more than capable of ensuring that their star safe pair of hands Daisy Nakaziro, voted as the best goalkeeper in the play-off doesn’t concede many goals.

FORMAT
Being the first time to participate in the champion’s league, it will be brutal for Musiime to change his 4-3-3 format in his opening matches. He has to stick with what he has been using and maybe make changes as the league progresses.

COACH SAY
“The team is not all bad though we are trying to massage the small injuries but the girls are set, the vibe is high, they are prepared for the games in Nairobi,” Musiime says.

The only challenge that is awaiting the tactician is how to assemble his side against better opponents considering the fact that the sides will be meeting for the first time.

“I can’t say much and According to my observation my team is strong and ready to compete. That’s why you hear soccer is soccer so I can’t say it’s the best of all but what I know my team is the best. I’m ready for it and we have prepared enough till today,” adds the tactician.

Musiime has the right balance in his team with key players in vital positions to steer the team. The Believers have to play with lots of rhythm with sensational forward Fazilla expected to show her prowess in the champions’ league.

Having won their maiden trophy, the tactician will be seeking to conquer the region and with his affection of using three midfielders will tactically work for him to create room for the three strikers upfront.

Club Icon
She scored a champions league goal against Barcelona in their 3-1 loss in the round of 32 1 st leg for BIIK-Kazygurt,Kazakhstan in 2018 and since her return to Uganda a year later, Fazila Ikwaput has shown how remarkable talented she is.

During this year’ play-offs, she emerged as the top scorer on eight goals and helped her side lift the title after losing in the previous year.

Since she joined the club in 2019, she has scored 25 goals in 29 games. Her prowess in front of goal is outstanding and she will be the anchor to propel the ‘Believers’.

Lady Doves has been grouped in pool A alongside FAD FC of Djibouti, PVP FC of Burundi and Simba Queens of Tanzania. Pool B has New Generation from Zanzibar, Yei Join Stars of South Sudan, Vihiga Queens of Kenya and Central Bank of Ethiopia FC from Ethiopia.