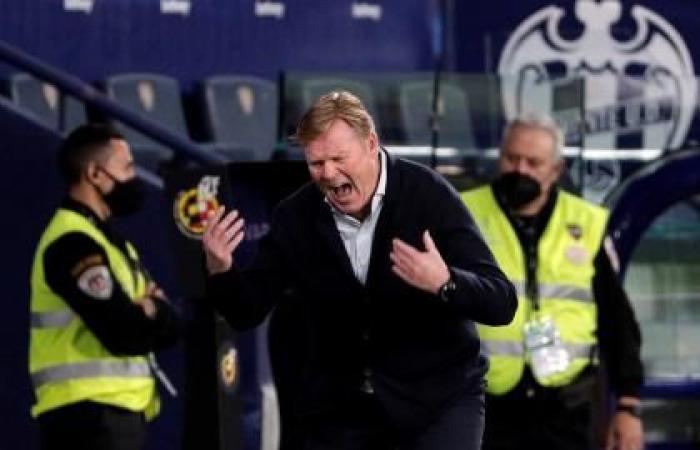 Pressure on FC Barcelona boss Ronald Koeman continued to mount after his side were held to a goalless draw at lowly Cadiz at Estadio Nuevo Mirandilla on Thursday, September 23rd, 2021 .

Frenkie de Jong’s red card saw the visitors play the last 25 minutes with 10 men, with Koeman dismissed in the dying seconds for dissent.

The frustration got the better of Koeman in injury time as he was sent from the sidelines for arguing against a late booking for Sergio Busquets.

The 58-year-old’s relationship with club president Joan Laporta has become strained in recent weeks though, with speculation growing that replacements are being considered.

Barcelona defender Gerard Pique: “When I said ‘it is what it is’, it’s because we’ve got four absentees up top.

“I also said we’d end up competing. I’m not wearing the Barca shirt to come second or third. I’m here to win titles and I’m absolutely convinced, despite the start we’ve made, we’ll compete. We need the fans to stay with us.”