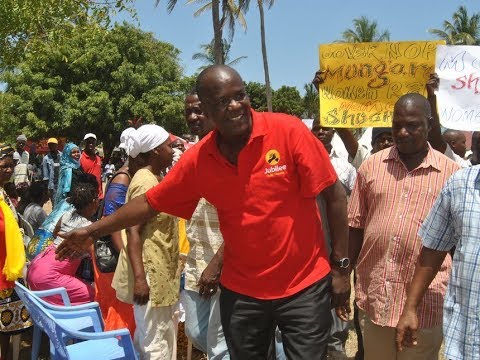 His move comes months after he revealed that he is planning to vie for the Kilifi governor seat in 2022 under the ODM party ticket.

Mung’aro was welcomed to the party by ODM party leader Raila Odinga who is currently on his second day of a three-day tour in Malindi.

Mung’aro decision to join Raila’s has not been welcomed by many who view him as a betrayer to the ODM party. This is after he

After getting elected as the Kilifi North MP on ODM ticket, Mung’aro ditched the Orange party for Jubilee ahead of the 2017 General elections.

He was seeking to kick out Kingi from the gubernatorial seat during the elections under the Jubilee party.