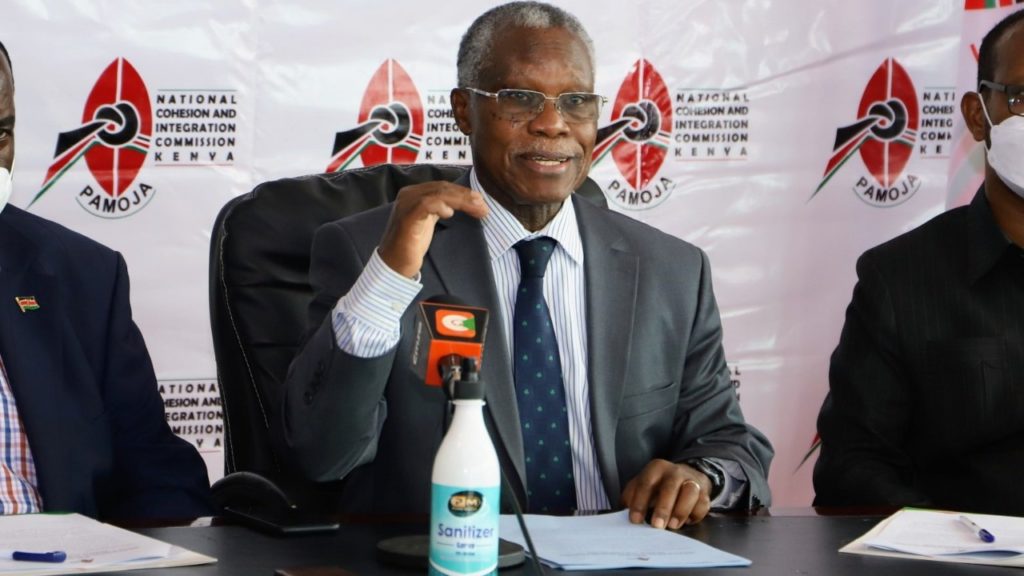 Lawyers in Court to Defend ‘Hatupangwingwi’

A case has been filed in court seeking to suspend the implementation of the National Cohession and Integration Commission (NCIC) decision that classified ‘hatupangwingwi’ and “watajua hawajui” as hate terms.

Filing the case Chama cha Mawakili says the contested words are frequently used by Kenyans and do not amount to hate speech or any other negative connotations.

“The process leading to the decision by NCIC is flawed and unconstitutional. It amounts to abuse of power by the commissions,” read the court documents.

The group indicates that the process of classifying or terming words as hate must not be misused or used as an avenue to settle political scores in the guise of encouraging national cohesion and integration.

The National Cohesion and Integration Commission has expressed fears over the hate speech and incitement to violence flooding the social media platforms.

NCIC chairman Samuel Kobia on Friday told the press that the Commission had identified terms and heavily coded messages that can be used to incite hatred and deliberately exclude other communities.

NCIC said the words can also be monitored on social media and physical spaces like social gatherings and media outlets.

Some of the words flagged out by the commission include fumigation, uncircumcised, eliminate and kill.

Kobia said the term kaffir is a negative referent majorly referring to the non-Muslim communities while Madoadoa was being used to refer to non-natives.

“If people, not mandated to be observers, political party agents or any other functionaries, remain in the polling stations during the poll day, it may portend a recipe for violence,” he said.