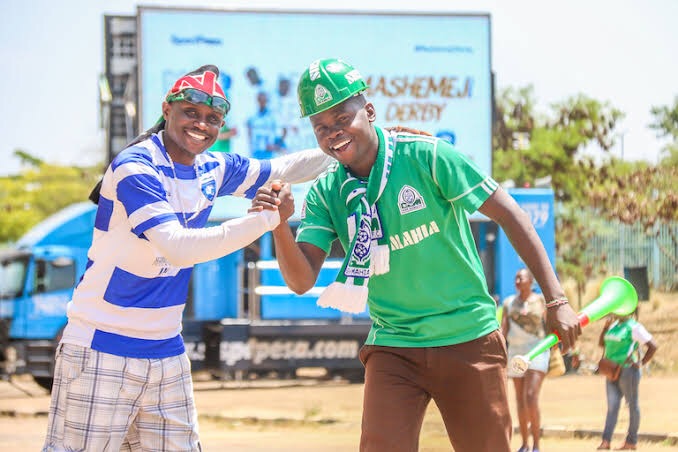 Perenial Kenyan football arch rivals AFC Leopards and Gor Mahia will square it on Saturday in a league game at the Nyayo Stadium.

Both teams have not been producing the desired results in their premier league matches and the Saturday match will play a vital in appeasing their ever demanding fans.

Since 2012 Gor Mahia had not lost a single game to their nemesis AFC Leopards winning 8 and drawing 2 matches in the process.

However AFC Leopards under Belgian Patrick Aussems has been showing some good display and understanding of football but not producing the desired results,

Aussems will be looking to revenge the loss of his side against Gor in the FKF FA Cup final winning Gor winning 4-1 in post match penalties.

Gor Mahia the perenial giants of Kenyan football have been a shell of themselves this season, from getting eliminated from the cup confederation cup by novice Zambian side Napsa Stars, loosing key players.

Gor has now for first time since 2009 lost 10 games in a premier league season, the results are a manifestation of whats going on in the club.

Sammy Omollo the caretaker coach is yet to win a match since the departure of Portuguese Vaz Pinto, Pamzo’s best result has been a draw against City Stars, Saturdays match will be vital for local tactician to prove himself able to steer the woobling K’ogallo side.

AFC Leopards sit 3rd on the log 4 points above Gor Mahia who are 7th with 40 points.

The match shall be played at the Nyayo Stadium, kicking off at 3:15 pm, the game will be live on Startimes.