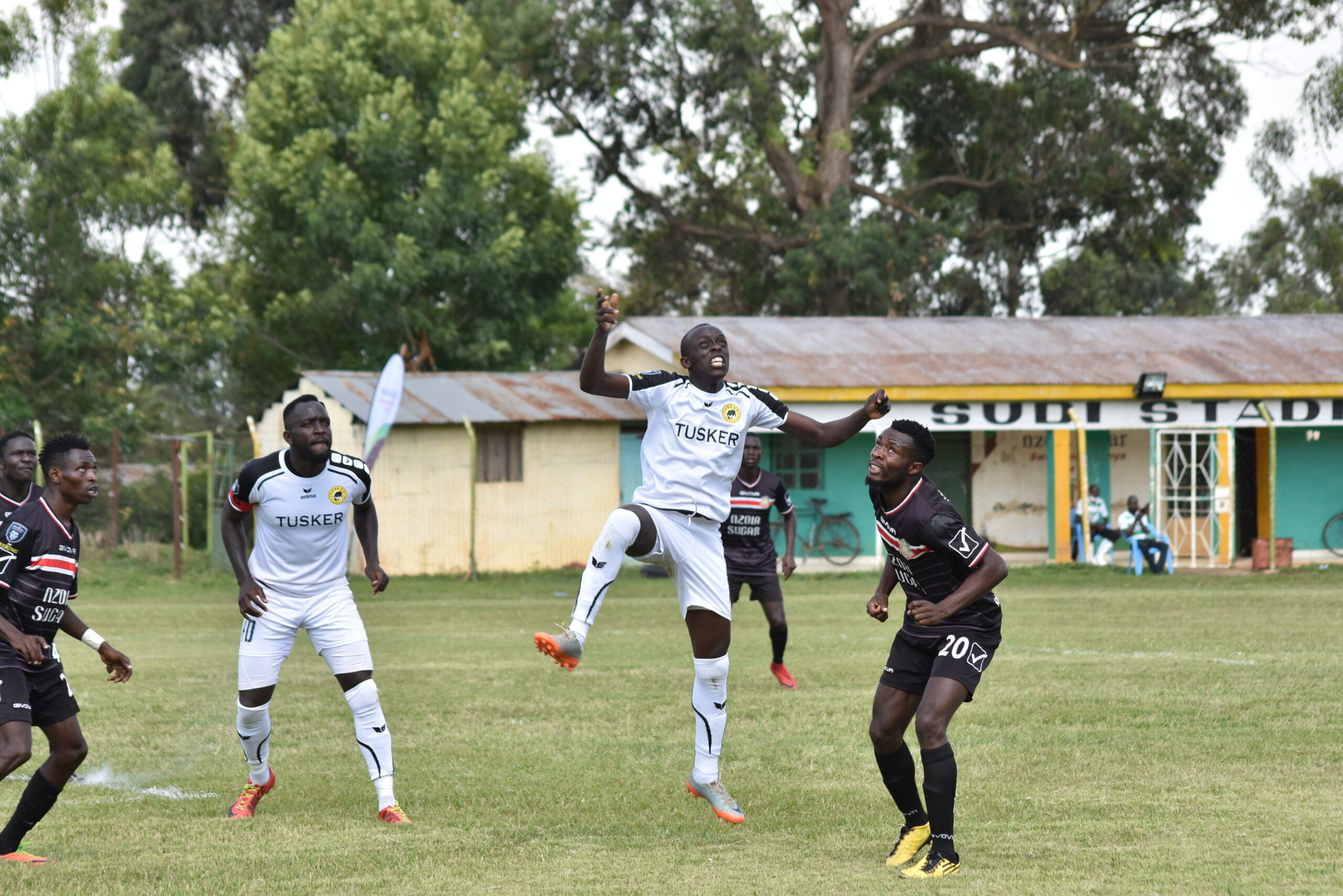 Premier League side Tusker FC are the new FKF PL champions, dislodging Gor Mahia who have been the winners for the past four seasons.

73rd minute equaliser from AFC Leopards Elvis Rupia to force a draw against KCB at the Thika Stadium was all that Tusker need to be declared champions after a pulsating 0-0 draw at the Sudi Stadium, Bungoma.

Tusker will now need only a point against Bidco United to take the title home with KCB needing atleast a 8-0 win against a top performing Nairobi City Stars in the final game of the season inorder to have a taste of their first league trophy.

In their first early kickoff of the season at the Ruaraka Grounds defending champions Gor Mahia paid back their 1-0 loss to Posta Rangers in the first leg of the season by producing a similar scoreline courtesy of Samuel Onyango long range shot outside the 18yard box after receiving a fine pass from Fred Nkata.

Season relegation favourites Mathare United pulled a stunner against Ulinzi Stars to seal their status in the next seasons FKF PL.

John Mwangi was the lead assassin scoring the only goal in the 9th minute bringing his side’ bench into a frenzy having to hold their breath for the remaining 80mins.

Regular John Kago was dispossed of the ball by John Mwangi with the youngster remaing with only Ulinzi’s keeper James Saruni to beat, lobbing the ball into the top left corner of the post.

Speaking after the match an elated Frank Ouna spoke of how he had belief in his team staying in the top flight.

“I remember telling you here that Mathare United will survive the chop but none of you was convinced aftet I had a very poor start playing top five sides of the league back to back.” Said Ouna.

“I knew my matches would come and I was patient as the moment finaly came, as in the finish we had some easier matches, and probably win them to stay in the league” added Ouna.

Western Stima will now have to contend with playing in the second tier league as they lost 1-0 to Wazito FC at the Afraha Stadium.

Vihiga United on the other hand will have their fingers crossed as they wait to know of their opponents in the relegation/promotion playoff match once the nsl is concluded.

The focus now shifts to the final matches of the season this coming weekend.

Cecafa U23: Kenya Run Riot against Djibouti in Addis
Mwendwa accuse DPP of malice after they signed a charge sheet against a court order and against their mandate
It’s 10 in a Row Without Defeat for Real Madrid Against Atletico
FKF to Unveil Harambee Stars Motivation Partners
Tottenham Sack Coach Nuno Espirito Santo, Court Conte
Football 479 Sports 767