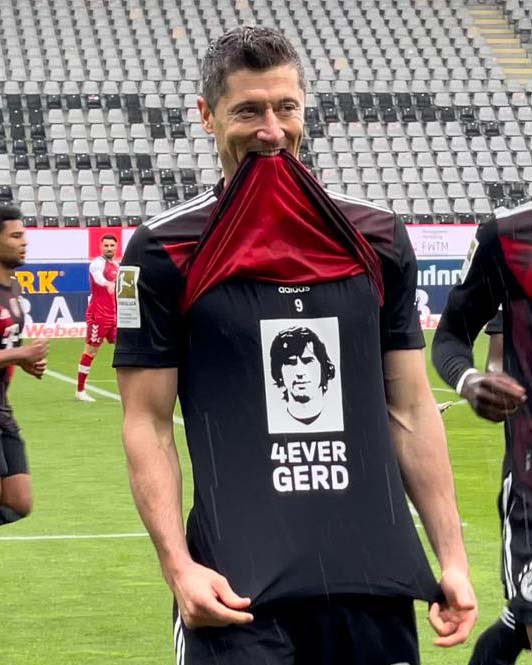 One more goal in Bayern’s final game of the year – at home to Wolfsburg on Friday – will give Lewandowski the record outright.

In May, the Poland striker scored in the last minute of the 2020-21 season to break Muller’s record for Bundesliga goals in a campaign.

Gnabry, who was involved in all five goals in Stuttgart, has found the net nine times in Germany’s top flight this season – more than any other midfielder in the division.

Serge Gnabry scored either side of half-time to put the visitors 2-0 up, before Lewandowski struck twice in three minutes.

The win moves Julian Nagelsmann’s side nine points clear of second-placed Borussia Dortmund, who can cut the gap at the top of the table to six points with victory at home to bottom club Greuther Furth on Wednesday.