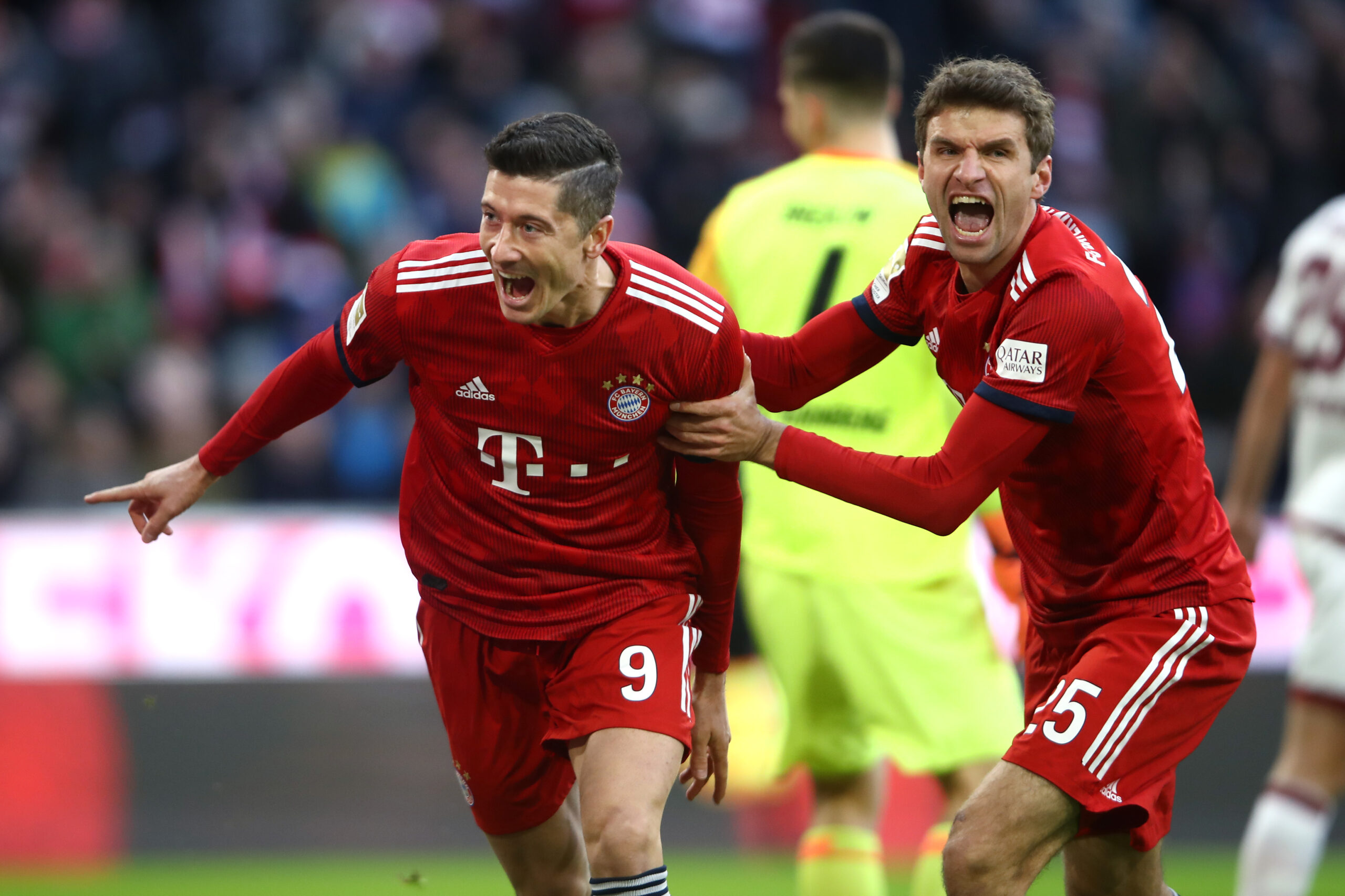 Robert Lewandowski scored his 43rd Bayern Munich goal of 2021 to break Gerd Muller’s record for the most Bundesliga goals in a calendar year as German international Thomas Muller scored on his 400th appearance.

Lewandowski broke the record for most league goals in a calendar year three minutes from the end, volleying in his 43rd for 2021 to better Gerd Mueller’s 42-goal run from 1972 as the champions crushed Wolfsburg 4-0 on Friday to go into the winter break with a nine-point lead at the top of the standings.

Mueller celebrated his 400th Bundesliga appearance with a goal and an assist.

Mueller opened the scoring, tapping in on the rebound in the seventh minute after ‘keeper Koen Casteels had palmed a Serge Gnabry shot into his path.

He then set up Dayot Upamecano with a clever chip to head in their second goal in the 57th minute, before Leroy Sane curled a superb shot into the top far corner two minutes later to put the game to bed.

Lewandowski was desperate to end the year on a high after missing out on the Ballon d’Or to Lionel Messi, but first fired over the bar in the 66th minute and was then denied at point-blank range by Casteels with a superb piece of goalkeeping.

But he did not miss from close range in the 87th minute to hand toothless Wolfsburg their fourth consecutive league loss and their seventh straight defeat in all competitions.

Bayern – chasing a record-extending 10th straight league crown – are on 43 points, with Borussia Dortmund, in second place on 34 points, travelling to Hertha Berlin on Saturday.

The Bundesliga will break for three weeks and then resume on January 7.