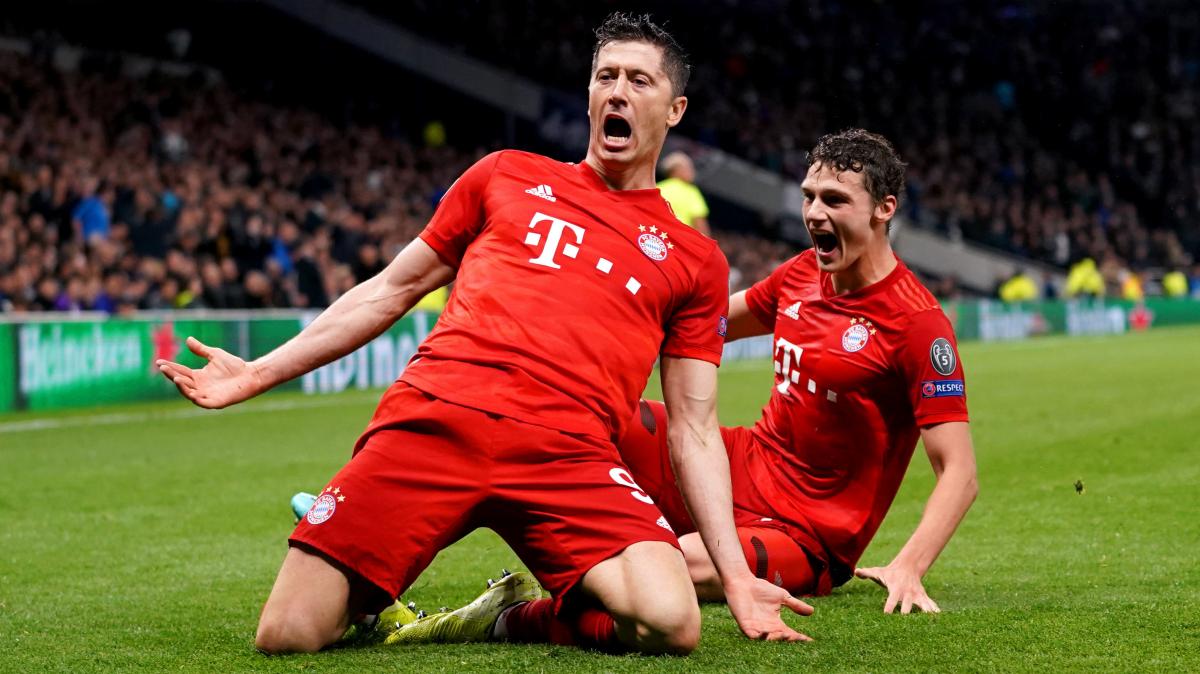 Brazilian defender Felipe Rodrigues da Silva Morato pulled one back before Lewandowski had a weak, low penalty saved in the centre of the goal.

Lewandowski’s second involved a first touch and finish from Sane’s pass – and he then latched onto Manuel Neuer’s long ball and dinked the ball over Greek goalkeeper Odysseas Vlachodimos from near the edge of the box.

He has scored 22 goals in 18 games for Bayern this season – including eight in four in the Champions League.

Bayern, who have won all four games and scored a joint-record 17 goals at this stage, are six points above second-placed Barcelona while Benfica are third on four points.