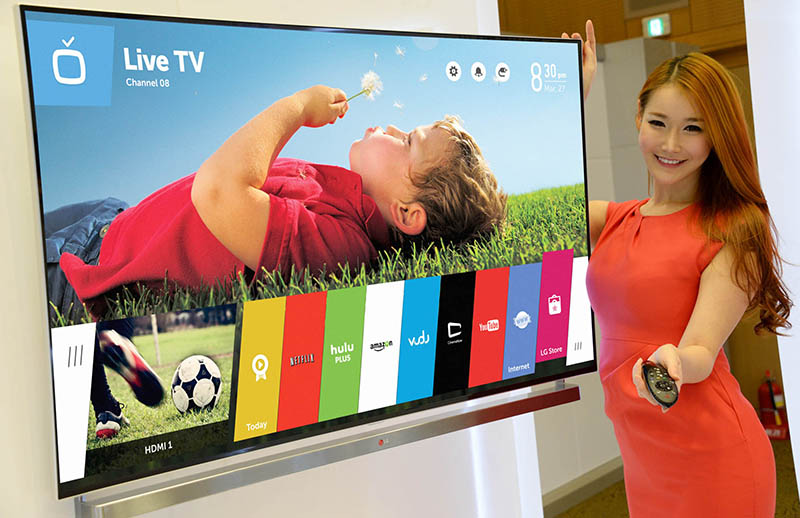 With the firmware update now rolling out, viewers with webOS TVs can enjoy an enriched viewing experience with even more popular services to choose from.1

To expand access to its popular TV platform to more consumers worldwide and strengthen its presence in the TV industry, LG made its advanced webOS platform available to other TV brands starting this year.

As both a manufacturer as well as an operating system developer, LG is now better able to deliver its vision for an easier, more streamlined content viewing experience to a wider audience.

From September through the end of this year, support will be added for a number of premium content services, including Disney+, Vudu, Pandora, HBO Max and SLING TV.2Disney+, which is quickly becoming a global favorite, will be available on TVs running webOS in every market where the service is currently offered.3

Disney+ is packed with family-friendly content ranging from beloved classics to original feature-length films, shows and documentaries from Disney, Pixar, Marvel, Star Wars and National Geographic. Disney+ is the exclusive home of Marvel Studios’ critically and commercially acclaimed original series including WandaVision, The Falcon and The Winter Soldier, Loki and its first animated series What If…?. Additional notable original programs on Disney+ this year include Billie Eilish’s cinematic concert experience Happier than Ever: A Love Letter to Los Angeles, Dug Days, a new series based on the 2009 Disney and Pixar hit film Up and the upcoming The Book of Boba Fett, a thrilling Star Wars adventure premiering on December 29.

Customers of Vudu on webOS-powered TVs will be able to enjoy over 10,000 free feature films without a subscription, as well as rent or buy the latest movies and TV shows.4 Vudu’s early access to new movies allows the service to offer many titles in 4K Ultra HD with support for Dolby image and audio enhancing technologies.

And on most TVs running webOS, LG’s  popular Magic Remote enhances the exceptional convenience and usability of LG’s platform.