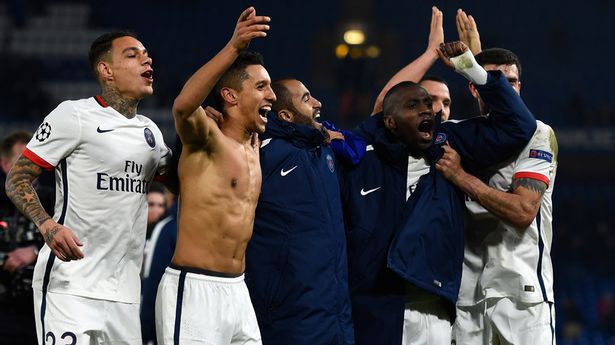 Ligue 1: PSG Open Season with Win Ahead of Messi’s Move to Paris

Paris St Germain (PSG) started their Ligue 1 campaign with a 2-1 win at promoted Troyes on August 7th, 2021 while anticipating the arrival of Lionel Messi, who appears set to join the French giants.

Troyes have lost their last eight Ligue 1 games against PSG, a record losing run for them against any opponents in the top flight.

With French football abuzz at the prospect of Lionel Messi joining Paris Saint-Germain, Mauricio Pochettino’s side succeeded where potential title rivals Monaco and Lyon had failed by picking up three points in Round 1.

Ligue 2 champions Troyes  caught the visitors napping, to in front in the 9th minute  when Dylan Chambost’s left-footed corner was headed in by Morrocan defender Oualid El-Hajjam for Troyes’ first goal at home against the capital club since 2006.

Determined not to begin 2021-2022 the way they began last season – when they fell to back-to-back defeats in their opening games – and Ander Herrera had the visitors’ first serious attempt (14′).  PSG’s summer recruitment has been impressive and

Determined not to begin 2021-2022 the way they began last season – when they fell to back-to-back defeats in their opening games,within two minutes, PSG were in front in the 21st minute. Herrera picked out Kylian Mbappé, who cleverly pulled the ball back for Argentine Mauro Icardi to score with a fine three-touch finish.

Following the hard-fought win over Troyes, PSG manager Mauricio Pochettino remained tight-lipped about signing Messi having said on Friday that his compatriot was “an option that was being evaluated”.

“His name is associated with different clubs, there are plenty of rumours,” Pochettino was quoted as saying by L’Equipe.

“We will see what happens in the coming days. The players have stayed focused. We did not start the game well and we gave away too many chances for my liking.

“But we have to give Troyes credit for making it difficult for us, they showed a lot of energy. We would have liked to win 5-0 but we’ll take what we achieved.”