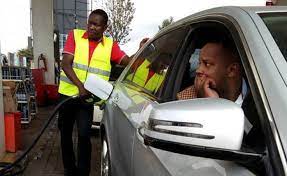 The Energy and Petroleum Regulatory Authority (EPRA) has released a list of shame on 14 filling stations that sell adulterated fuel.

The list was released after EPRA conducted a three months investigations from July, 2021 by carrying out over 5,000 tests.

During the tests, over 1,151 petroleum sites were discovered to be selling fuel meant for exportation.

“The stations were identified after a continuous monitoring of the quality of petroleum motor fuels on sale, transport and storage throughout the country,” the statement read in part.

The listed stations that are situated in Nairobi include; Alfa Gas Limited in Makadara, Spareman Trading Limited Home Gas that is off Enterprise Road, Easi Cooking Gas Limited off Lunga Lunga Road, Unregistered Site, along Rangwe Road, More Gas Limited in Industrial Area and Menengai Engineering and Petroleum in Makadara.