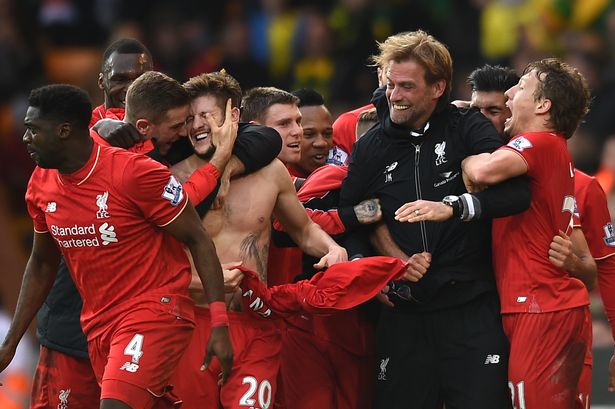 Mohamed Salah scored twice as Liverpool piled more pressure on former manager Rafael Benitez with a 4-1 win over local rival Everton in the Premier League on Wednesday, December 1st, 2021, breaking a scoring record in the process.

Salah is fronting Liverpool’s scoring charge and he now has 19 goals in as many appearances this season after his double at Goodison Park.

Jordan Henderson and Diogo Jota were Liverpool’s other scorers in the 239th Merseyside derby as the Reds became the first top-flight English team to score at least twice in 18 straight matches in all competitions.

Liverpool have now scored 43 league goals this season, more than any other side in Europe’s big five leagues and ahead of Bayern Munich, who have scored 42.

This was Liverpool’s biggest league win at Everton since they won 5-0 in November 1982.

Some Everton fans streamed for the exits after Jota’s goal. Others stayed and directed their anger toward the directors’ box after the final whistle. There were chants of “sack the board” as well as boos at the final whistle.

Third-place Liverpool stayed two points behind leader Chelsea and a point behind Manchester City in what looks like a three-way fight for the title.