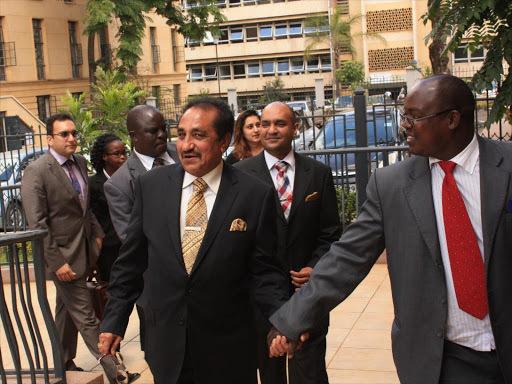 He was charged after a series of investigations which revealed that the Company had grossly under-declared production volumes of excisable products, omitting sales in the Value Added Tax (VAT) returns as well as failure to declare incomes in the Income Tax returns as stipulated in the tax laws.

The accused are further facing additional counts of failure to declare KShs. 189,308,698 in the income tax returns for 2016 and 2017 as stipulated in the Income Tax Act Cap 470. Consequently, the court heard that the accused failed to pay income taxes totalling KShs. 56,792,609 for the two years.

The accused denied all the 18 counts before court and were released on a KShs.5 Million bond and a surety of a similar amount. In the alternative, each accused has been ordered to deposit a cash bail of KShs. 1 Million.

If convicted, the accused shall be liable to a fine not exceeding Kshs. 10Million or double the taxes evaded in addition to payment of taxes evaded and late payment interest.

The matter is set for mention on 9th August, 2021 for pre- trial directions.