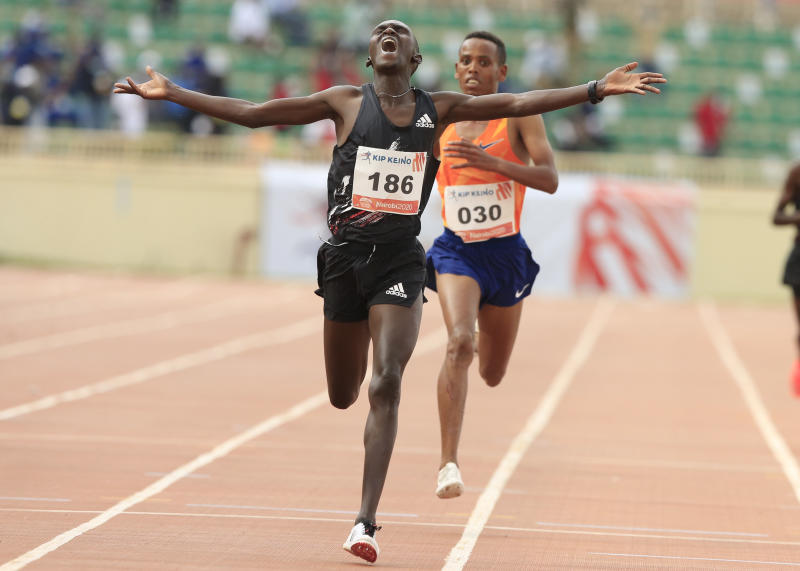 Kimeli, who clocked 12:46.33 at the 2022 Golden Gala Pietro Minnea Rome Diamond League on June 8th, to break the meeting record set by Kipchoge in 2004, controlled the pace from midway, teasing the field at Moi, Kasarani before winning the men’s 5,000m race, clocked 13 minutes and 28.76 seconds beating Jacob Krop to second place in 13:29.20.

Kimeli, a fourth place finisher at the 2020 Tokyo Olympic Games, and Krop, who finished sixth at the 2019 world event, claimed the two automatic tickets to the two events.