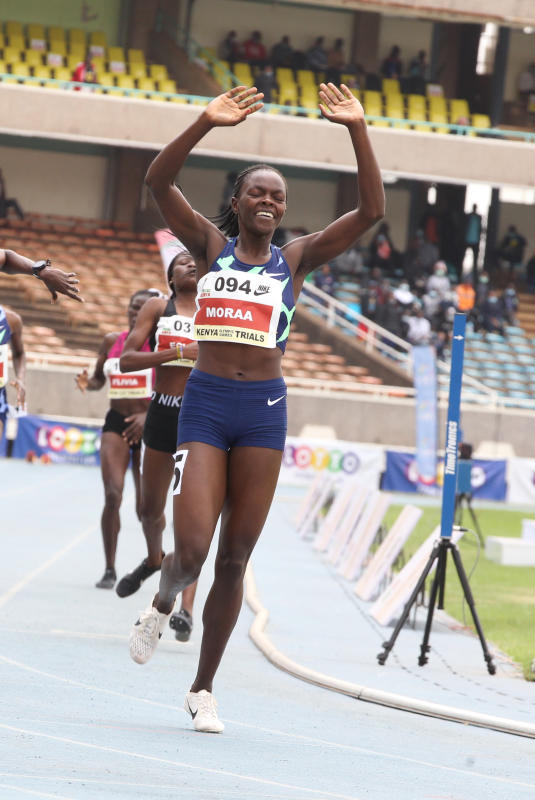 The 2017 World under 18 silver medalist Mary Moraa beat Olympic champion Faith Chepng’etich on Friday to win the 800m race and storm to the World Athletics Championships and Commonwealth Games during the Athletics Kenya/Lotto trials at Moi, Kasarani.

Moraa clocked one minute and 57.47 seconds to set improve on her personal best of 1:58.93 when claiming her first Diamond League victory in Rabat on June 5, this year.

Moraa, has now positioned herself for her maiden show at the two events.

Africa 800m champion Jarinter Mawia, who finished third in 2:00.36 and Moraa have qualified for the Commonwealth Games.