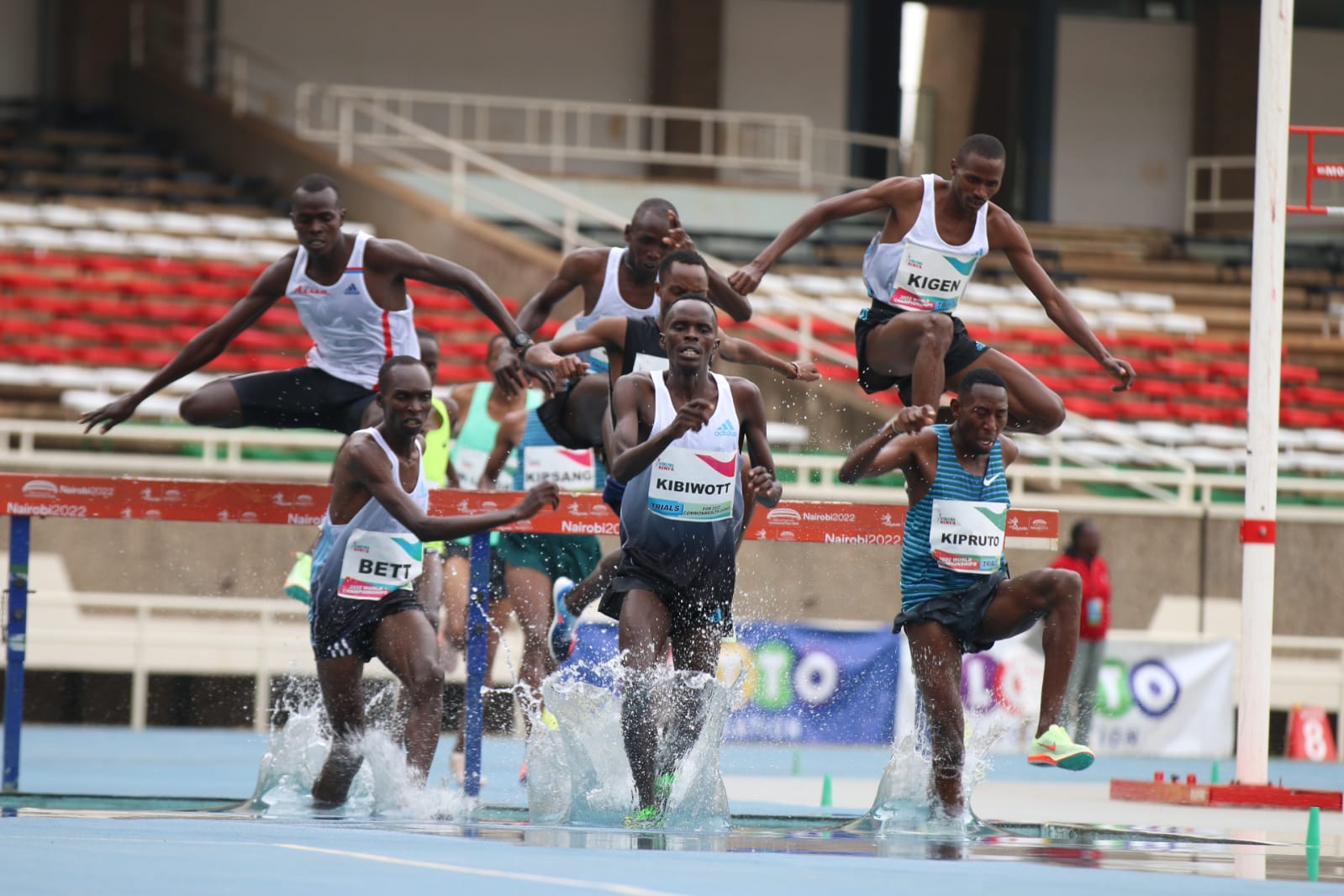 World youth champion Amos Serem surprised a rich field of elite runners to win the 3,000m steeplechase final and qualify for the World Athletics Championships and Commonwealth Games during the Athletics Kenya/Lotto trials at Moi,Kasarani on Friday, June 24th, 2022.

Serem waited patiently behind the pack before bolting with 200m to go, overtaking Kibiwott and World champion Conselsus Kipruto to win in eight minutes and 17.03 minutes.

Kipruto, who came in third in 8:18.21 has a wild card to the world event by virtue of being the defending champion.

The 2016 world under-20 champion Amos Kirui settled fourth in 8:19.09 to bank on a wild card with Kenya having the opportunity to field four athletes.