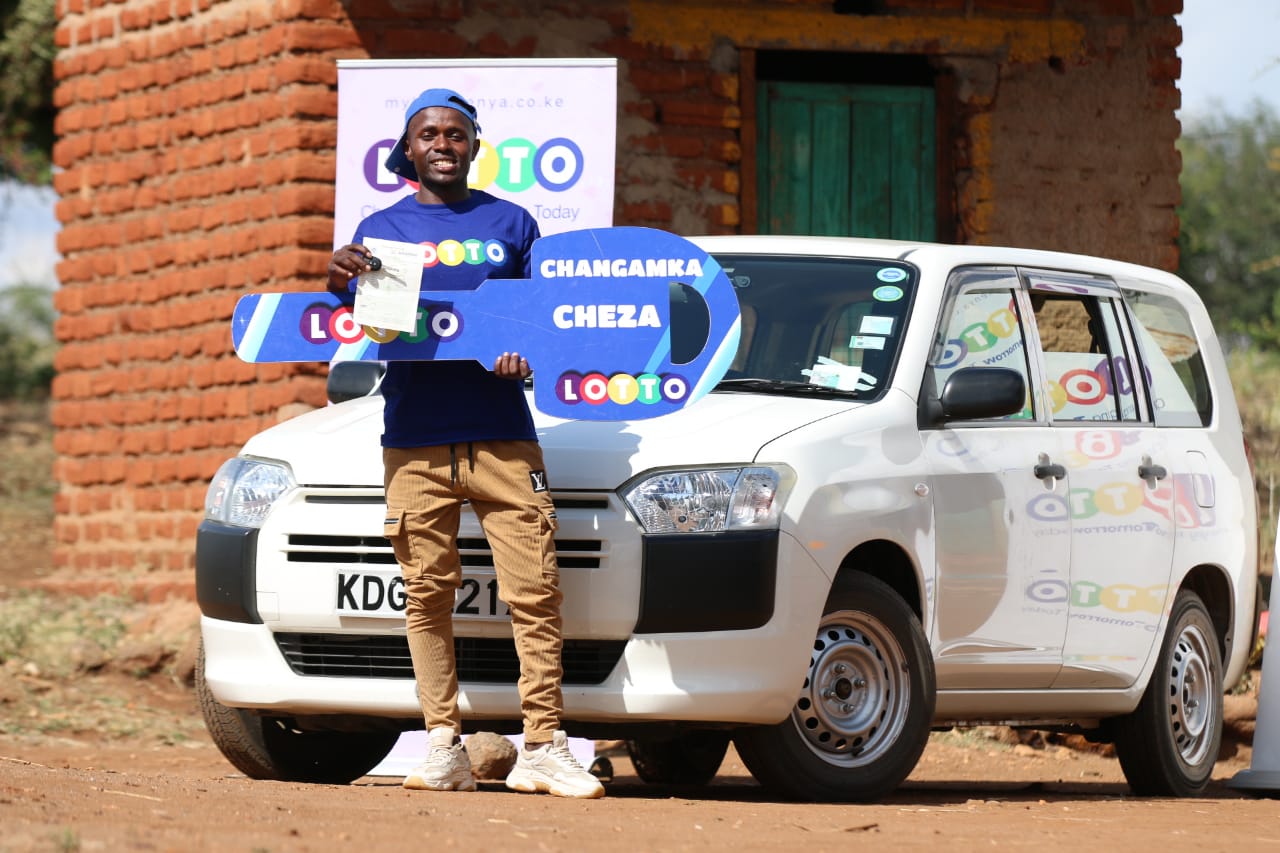 Lotto Turns Driver Into a Transporter With a Probox

“I had been dreaming to join the transport business but unfortunately I was not in a position to raise funds to buy a vehicle, but now thanks to the Lotto lottery am now a proud owner of a Toyota Probox,” said Daniel Makau winner of a car in the latest Lotto competition raffle draw.

The Matuu in Machakos county based Makau who has been employed as a driver in the town could not believe it when he was called and told that he was the winner of a brand new Toyota Probox worth Ksh1.2 million.

It’s exactly one year after, a peasant farmer in Nyandarua and a retired footballer Japheth Oyoko Likoko won a vehicle.

Last year, Likoko a peasant farmer who has been struggling in life to make ends through farming of vegetables in Nyandarua, got a pleasant Labour Day surprise which elevated him from being a labourer to a Public Service Vehicle (PSV) owner by placing a Sh50 wager to win the Toyota Hiace Van worth Ksh4.4 million.

Makau said from his meager earnings he could not raise money adequately to buy his own vehicle and was not in a position to take a loan as he was not credit worthy to be loaned by any financial institution.

“I could not believe it and I even thought that it was a prank or fraudsters trying to con me but when I looked at the number that had been used to call me then I believed,” he said.

He said that God had answered his prayers of owning a car to venture into the transport business through Lotto and will now hit the ground running by engaging in the business he had been dreaming of.

“Lotto is real and am therefore calling upon others to play in the Lotto competition to stand a chance to win the Lotto goodies at stake,” he said.

Makau said the Probox has many uses in the transport industry and will now exploit those opportunities.

BLESSINGS AND IMPORTANCE OF A PROBOX 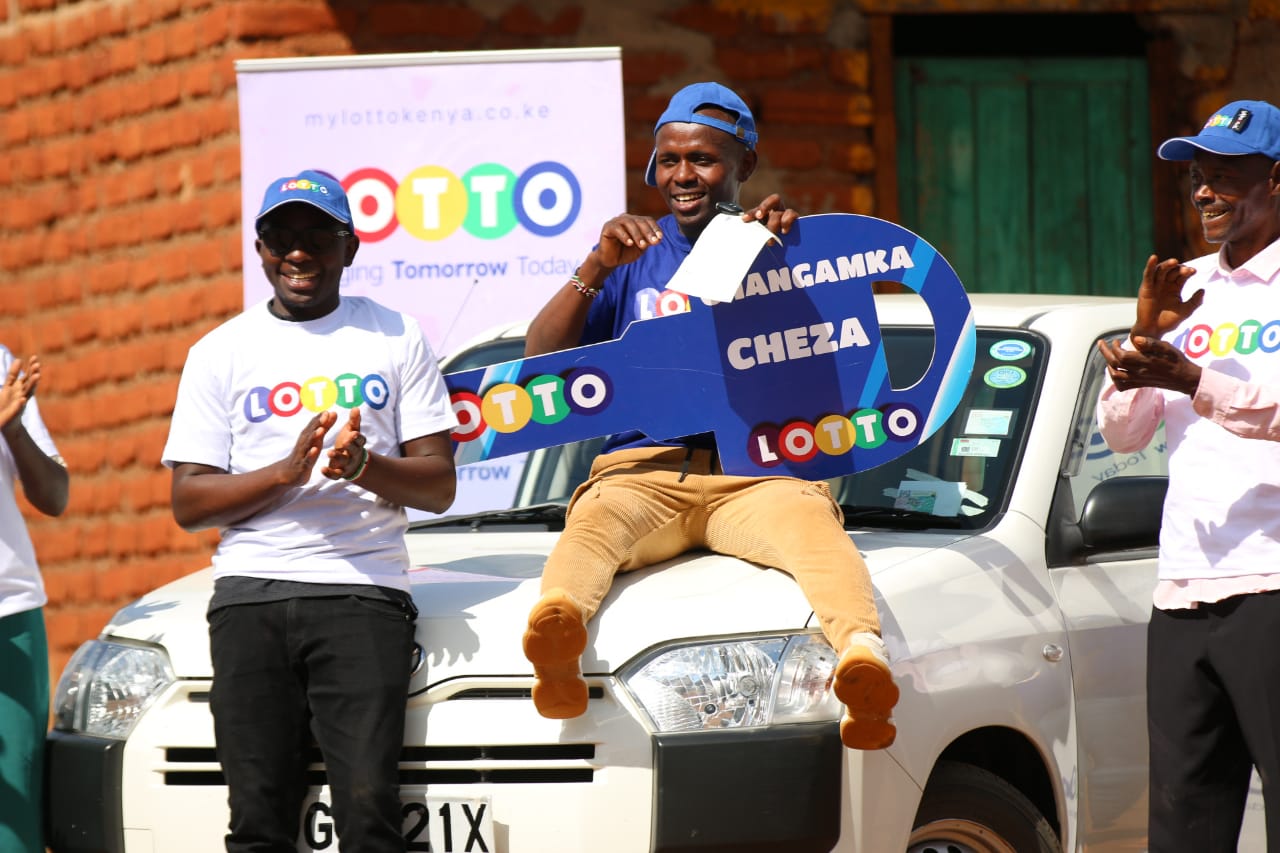 Probox is short for Professional Box. Since its release by Japanese automaker Toyota in 2002, the Toyota Probox’s population on the roads has grown exponentially.

Mainly manufactured as a commercial vehicle, it comes with manual and automatic transmissions for user preference.

A Toyota Probox is small in size but big on the interior. The rear passenger seats, can be removed or folded to create more space to accommodate a lot more luggage regardless,  whether you are using it for town rounds or travelling upcountry.

The Toyota Probox is one of the station wagons that can carry heavy loads of cargo and its ground clearance will not be affected.

Its service and maintenance is as pocket friendly as the load the car can carry. 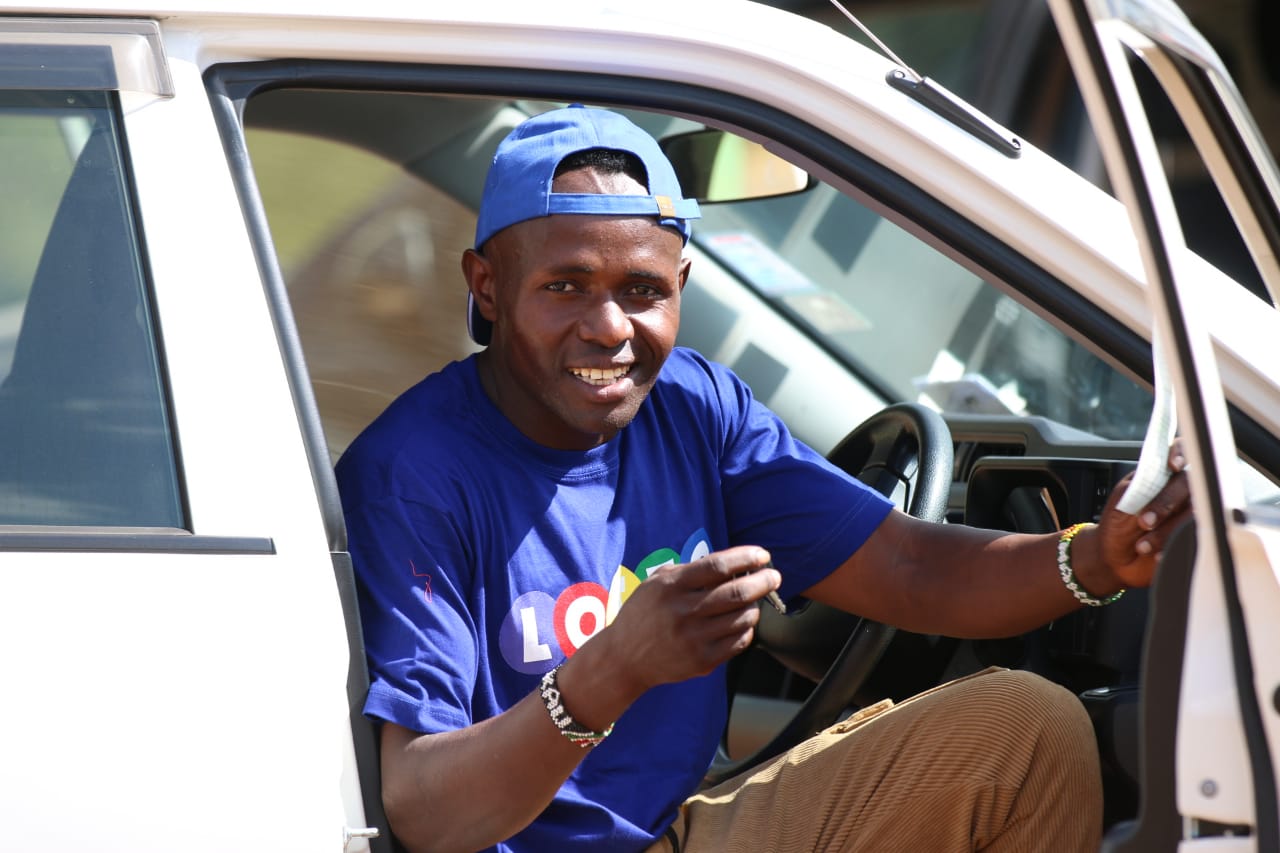 Nelson Mogaka an employee of a transport company says:“I am a delivery driver for one of the courier companies in Nairobi but I find the Toyota Probox the friendliest car to use when transporting different items even those that are fragile as long as they are packed well. It can carry up to 300 kilogrammes of cargo and still does not burn a lot of fuel to carry this load.

When it is well loaded, it is fast and this will not affect or compromise its stability as long as you know how to apply the brakes well without overturning the car. I have also driven on murram roads but its four wheel drive (4WD) system allows you go through such roads without skidding as long as the tyres have treads.

With its fuel tank capacity of 50 litres and an engine size of 1500cc, I can comfortably drive from Kampala to Fort Portal and top up with as little as Kshs3,500 at Timboroa and drive back to Nairobi. This gives you more mileage on a very low fuel budget because of its small engine.