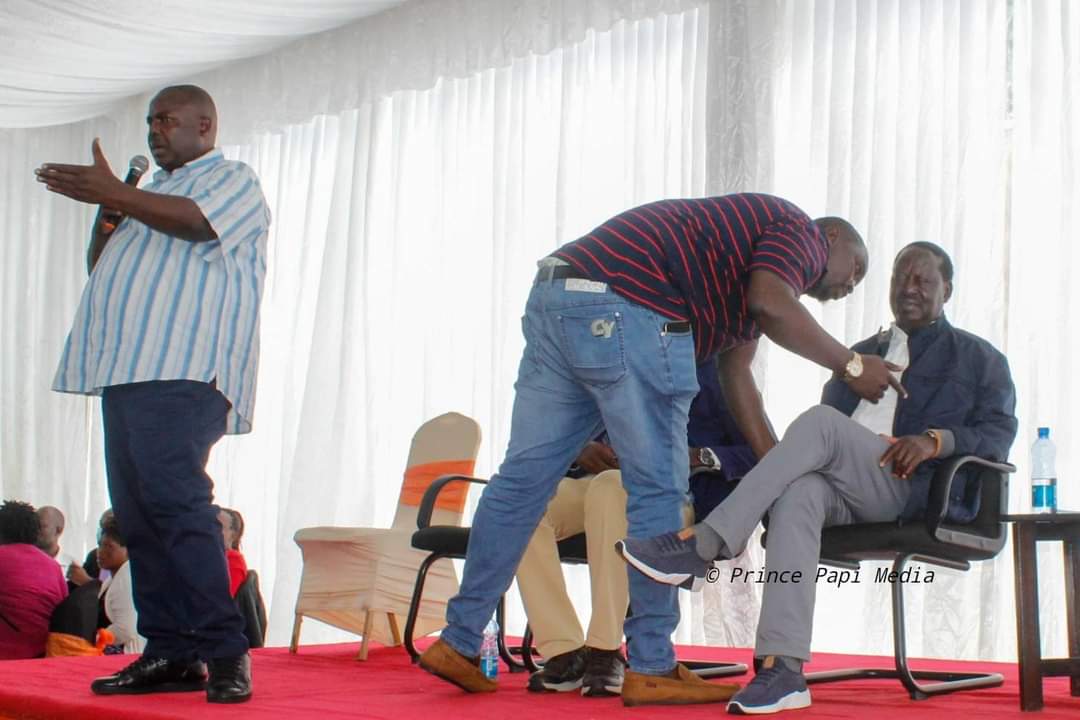 Makadara Member of Parliament (MP) George Aladwa has called on former Prime Minister and Orange Democratic Movement (ODM) party leader Raila Odinga to offer him a state job once he ascends to the power in 2022.

Aladwa , who is the Nairobi county ODM chairman said he was ready to resign to fate in case he fails to recapture the Makadara seat in the forthcoming general elections and was willing to take a clerical job at State House in a Raila Odinga’s presidency.

“I have no interests and need of scrambling for seats, even if I am not re-elected in Makadara but you make it to be president, I ask that you offer me a job at statehouse. I have worked for you for years and as Nairobi Jubilee and ODM, we are fully behind you and won’t allow anyone to bring his interests to interfere with your interests,” the embattled MP said.

Aladwa made the remarks, during a meeting that Odinga, who is the African Union (AU) High Representative for Infrastructure Development in Africa hosted for all Nairobi County ODM and Jubilee party officials.

“This team here should be allowed to make plans moving forward since there are those who will wait for the ground work to be done and then dish out appointments to other people,” he said.

The first time legislator and former Nairobi Mayor made the plea to Odinga as he positions himself for a soft landing as he stares at the jaws of defeat in the 2022 elections.

Aladwa has been under siege since city businessman, philanthropist and politician Anthony Waithaka aka Makadara 1 announced his intentions to run for the Makadara parliamentary seat.

The MP has been a worried man and is said to be having sleepless nights since Waithaka showed intention to vie for the parliamentary seat.

The law maker is a worried man with his fortunes in the race heading on a free-fall. Aladwa recently realized that his main opponent Waithaka through his foundation, Antony Waithaka Foundation has been working closely with the community key among them women groups and youth organisations.

Women and youth have been major beneficiaries undergoing training facilitated by the Foundation to enable them acquire various Government loans available to women and youth groups, an opportunity they have largely missed out in the past.