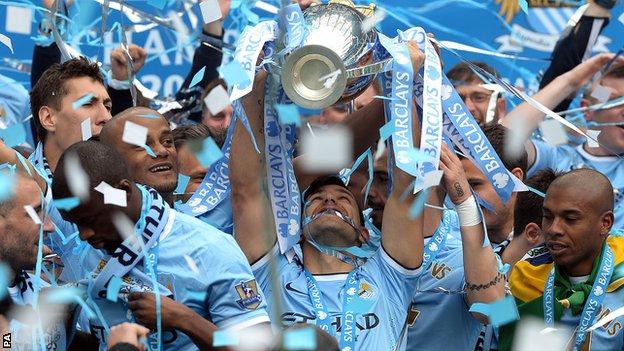 Manchester City came from two goals down to beat Aston Villa 3-2 to retain their English Premier League at the Etihad Stadium.

Three goals in five minutes late in the game turned the match – and the title race – on its head as substitute Ilkay Gundogan scored two, either side of Rodri’s strike. Liverpool’s late win over Wolves meant that only victory would have been enough for City.

It was an extraordinary way to do it, almost as remarkable in its own way as events a decade ago when Sergio Aguero won the title in stoppage-time. City had looked a beaten side when Philippe Coutinho added to Matty Cash’s opener midway through the second half.