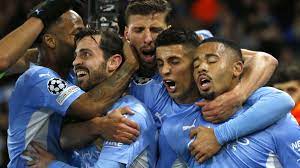 Champions Manchester City thrashed Newcastle United 4-0 to set a new top-division record for most wins in a calendar year at St James Park on Sunday, December 19, 2021.

This victory ensures City will be top of the Premier League at Christmas for only the third time – and on both previous occasions in 2011-12 and 2017-18 they went on to be champions.

The league leaders were gifted a fifth-minute opener as Newcastle defender Ciaran Clark failed to attack Joao Cancelo’s hooked cross and Ruben Dias had a simple task to head City ahead.

City doubled their lead in the 27th minute when Cancelo collected the ball 35 yards out, beat two Newcastle players and fired an unstoppable strike into the top corner from outside the penalty area.

Raheem Sterling worsened for the hosts by tapping in from close range four minutes from time after a fine run down the left flank from Gabriel Jesus.

Newcastle remain on 10 points, stuck in 19th place and have taken just five points from seven games since Eddie Howe was appointed.