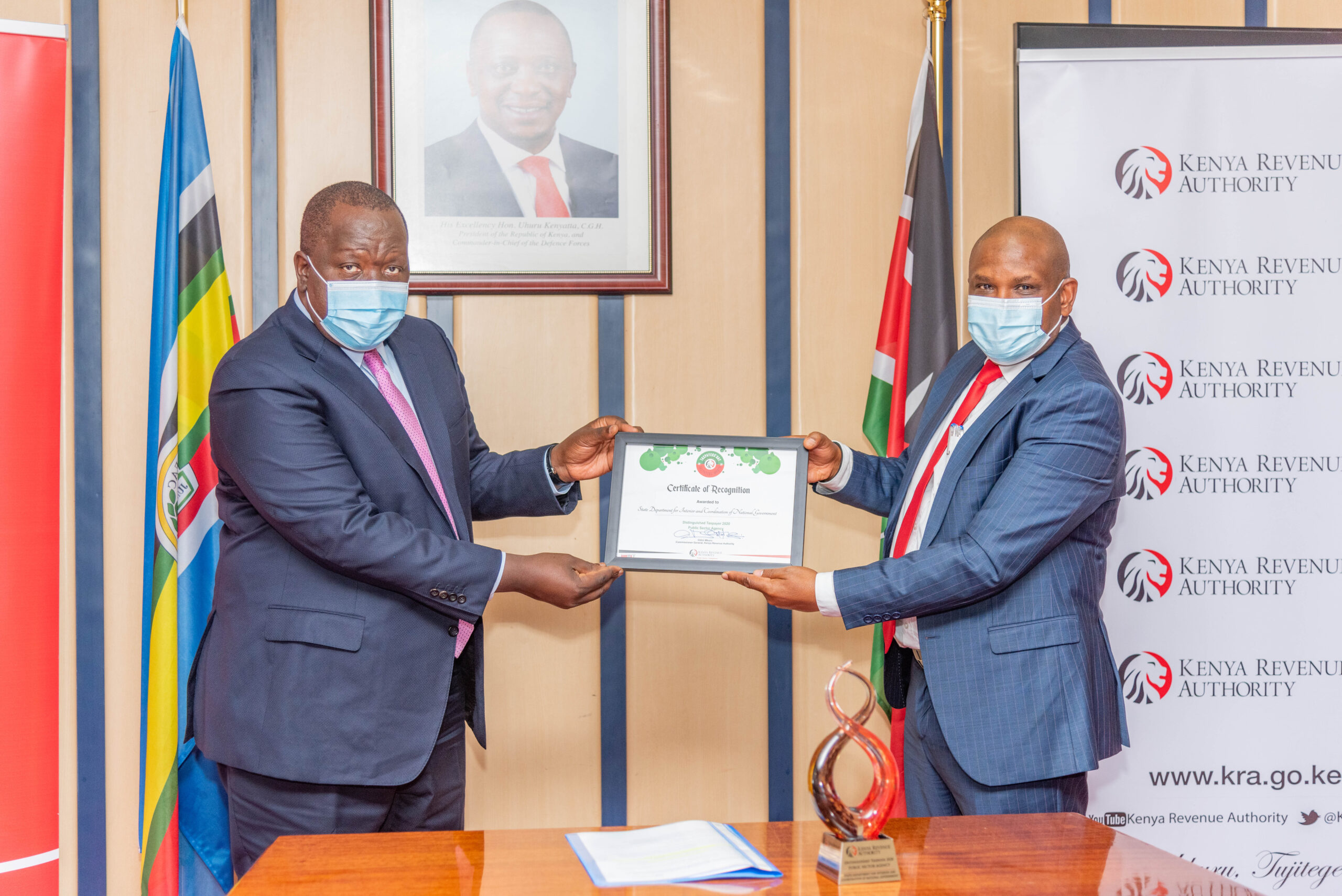 The Ministry of Interior & Coordination of National Government has been awarded the taxpayer’s award by topping the Public Sector Agency in 2020.

The award was in recognition of the Ministry as a top Public Sector Agency in 2020, having demonstrated the highest levels of tax compliance through the consistent filing of PAYE and also paying taxes both on time and in advance before the due date.

Speaking during the handing over ceremony of the award at the Ministry of Interior & Coordination of National Government offices, Harambee House, Cabinet Secretary (CS), Dr. Fred Matiangi appreciated KRA for its role in the country’s development agenda.

He affirmed the Ministry’s support to KRA in revenue collection.

The CS called upon all government agencies to work as a unit for efficient service delivery to Kenyans. He urged Kenyans to support the Government in all aspects including paying taxes.

“Kenyans must love their country enough to do the right thing and ensure Government’s success”, said CS Matiangi. He invited KRA to be an integral part of his team and be open to discussing tax compliance matters.

KRA Commissioner General Mr. Githii Mburu lauded the Ministry for the critical role it plays in the economic development of the country. Mr. Mburu said that KRA will continue partnering with the Ministry of Interior & Coordination of National Government as the Authority executes its mandate of revenue collection.

He noted that the Ministry has been supportive to KRA especially in offering enforcement measures and interception of smuggled goods along the transport corridors. He congratulated the Ministry for being among the top tax compliant Public Sector Agency.