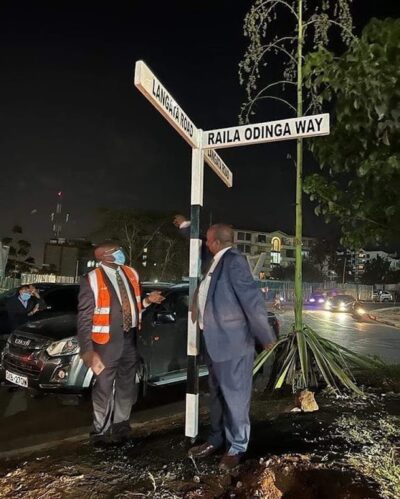 Mbagathi road has now been renamed to Raila Odinga way after Members of parliament passed a motion to do so.

Minority whip Peter Imwatok introduced the motion, saying deserving leaders should be recognized while they are alive, not when they die.

He said, Raila, a presidential aspirant, has greatly improved the democratic and economic development of Kenya.

“He fought during this period of greater democratic space, good governance, rule of law and development of infrastructure against many odds, including detention without trial for 10 years” Imwatok said.