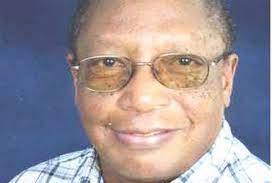 Veteran journalist Joe Kadhi, who was hailed by many as the nation’s “godfather of print media,”  is dead.

Kadhi died this morning, June 30th, 2022 while receiving treatment at a Nairobi hospital, the family said.

He was a distinguished media trainer and a seasoned editor who won a lifetime achievement award at the 2015 Media Council’s Annual Journalism Excellence Awards besides chairing the editorial board of the Media Observer magazine.

Kadhi had an illustrious career that saw him work for Nation Media Group as managing editor for Daily Nation.

Kadhi had a distinguished media career and taught journalism at the Universities of Nairobi and Addis Ababa before heading to the United States International University- Africa (USIU), where he retired after a 20-year stint.

Janak who serves as the Congress of African Journalists (CAJ) Secretary General eulogised Kadhi as a mentor, professional guardian, and legendary trainer.

His family said the veteran journalist will be buried later today on Thursday, June 30th, 2022  in accordance with the Islam faith.

The veteran journalist will be interred  in line with the Muslim customs.