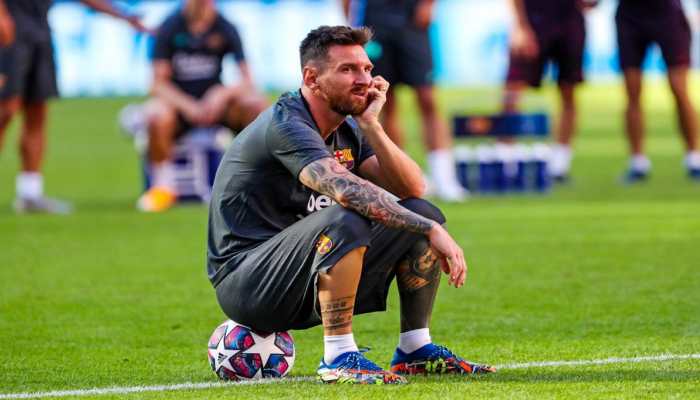 The Argentine forward and team-mates defender and Spanish international Juan Bernat, Frenchman Nathan Bitumazala and goalkeeper Sergio Rico a two times Europa League champion Spanish side Seville were confirmed to have Covid a day before PSG’s French Cup tie against fourth-tier side Vannes.

PSG said the four players were in isolation and subject to the appropriate health protocols.

PSG boss Mauricio Pochettino added that Messi remained in Argentina where he spent the winter break and would not travel until testing negative.

During a pre-match news conference on Sunday, Pochettino said he could not put a date on Messi’s return.

“Messi has been in regular contact with our medical team and when he has a negative test, he will travel to France but we don’t know any more than that. I don’t know if he will be involved against Lyon.

“Until he gets a negative test in Argentina, he will not be able to travel to France. So it is all down to the test in terms of when he can travel… we will assess when he is ready to play.”

Mauricio Pochettino’s team are top of the Ligue 1 standings on 46 points after 19 matches, 13 points above second-placed Nice.

They are due to travel to third-tier club Vannes on Monday for a French Cup round-of-32 match.

France reported 219,126 new confirmed COVID-19 cases in a 24-hour period on Saturday, the fourth day in a row that the country has recorded more than 200,000 cases.

France has joined the United States, India, Brazil, Britain and Russia in having had more than 10 million cases.