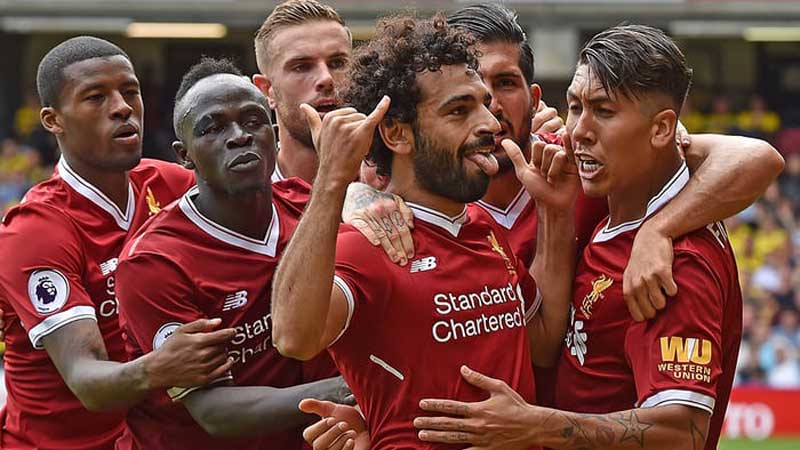 Salah, scored twice to become the first-ever Liverpool player to score in nine consecutive matches, according to Opta Joe.

is now Liverpool’s record goalscorer in the Champions League – his two goals taking him to 31, one more than Steven Gerrard.

Out of Liverpool’s 12 matches in the 2021-22 season, Salah has been on the goal chart in 11 games. He did not score against Norwich City in the League Cup because he was not in the squad.

The Egyptian King has found the net 12 times for the Reds in 11 matches, across all competitions this season. He has also provided four assists.

Salah opened the scoring against Atletico Madrid with a wonder goal as he weaved through the defense to score off the toe of James Milner.

Guinea international Naby Keita made it 2-0 with an incredible low volley before Frenchman Antoine Griezmann’s double strikes brought Atletico back into the game.

The four goals in the first half at the Wanda Metropolitano Stadium meant Jurgen Klopp’s side became the first Liverpool team to both score and concede two goals inside the first half of a Champions League game, according to soccer website Goal.

Griezmann earned his marching orders for kicking Roberto Firmino in the face with a high boot as the Frenchman’s red card came with Atletico Madrid and Liverpool level at two apiece.

In the latter phase of the second half, Atletico’s Mario Hermoso brought down Liverpool striker Diogo Jota in the box, making way for Salah to register the winner for Klopp’s side.

Salah took the spot-kick and netted the winner, which was also his fourth successful penalty strike in the Champions League.

There is something about Liverpool and the Wanda Metropolitano.

It was on this ground in the Spanish capital that they won Europe’s top club prize for the sixth time in 2019 – although that was followed by a 1-0 first-leg loss to Atletico in the stadium the following season that contributed to the end of their trophy defence.

Liverpool are yet to lose in the Champions League this season and are at the top of the Group B table with nine points.