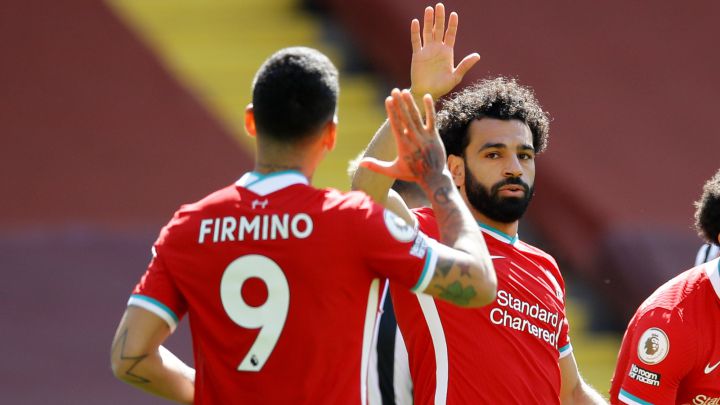 Mo Salah scored a first half injury time penalty for Liverpool as Chelsea held on to a 1-1 draw in the Premier League despite full-back Reece James being sent off late in the first half at Anfield on Saturday, August 28th, 2021.

The London team seemed to have the upper hand until Reece James handled Sadio Mane’s shot and got shown the red card in the 48th minute.

Scoring the resulting penalty, Mohamed Salah’s 99th goal in the Premier League equalized the score just before halftime, and the match ended 1-1.

Joel Matip’s header came back off the crossbar and in the goalmouth scramble that ensued James stopped Sadio Mane’s effort crossing the line with his hand.

There seemed little intent from the England international, but once referee Anthony Taylor awarded the penalty following a VAR review, he had little option but to send him off for denying a clear goalscoring opportunity.

Chelsea players were furious at the decision with Edouard Mendy and Antonio Rudiger booked even before they surrounded Taylor at half-time.

Jurgen Klopp’s men failed to make their man advantage count in the second-half as the European champions showed resilience to dig out a precious point that strengthened their title credentials.

West Ham United now has the top spot in the Premier League with 7 points, while Chelsea and Liverpool are in the 2nd and 3rd spots with 7 points apiece.