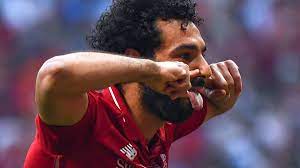 Aston Villa manager Steven Gerrard made a losing return to Anfield as Liverpool by suffering 1-0 loss on Saturday December 11th, 2021.

The former Liverpool captain Gerrard was, predictably, given a rapturous reception after playing 710 games and scoring 186 goals for the club while winning the Champions League, FA Cup, Uefa Cup and League Cup.

Mohamed Salah made the difference for Liverpool on Steven Gerrard’s return at Anfield.

Salah won and converted the penalty midway through the second half to secure the three points and maintain the pressure on Premier League leaders Manchester City.

Aston Villa conceded a penalty in the 67th minute when Tyrone Mings bundled Mohamed Salah to the ground, the Egyptian scoring the spot-kick in emphatic fashion, the win leaving Liverpool in second place a point behind Manchester City.

Gerrard, who was making his return as an opposition manager for the first time, set his team up to frustrate and did so for over an hour, but left with only good wishes for comfort despite appeals for a penalty late on.