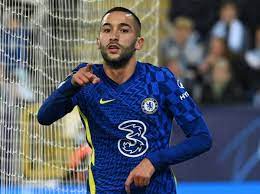 Chelsea moved closer to the last 16 of the Uefa Champions League with a 0-1 win over Malmo away in Sweden on Tuesday, November 2nd, 2021.

After being frustrated in the first half, the B

The reigning went ahead when Morrocan international Hakim Ziyech converted at the back post following an excellent cross from Callum Hudson-Odoi.

Chelsea have nine points from four matches in Group H and are three points behind Juventus, who booked their place in the last 16 with two games to spare when they beat Zenit St Petersburg.

Chelsea need one more point to join the Italians in the knockout stages.