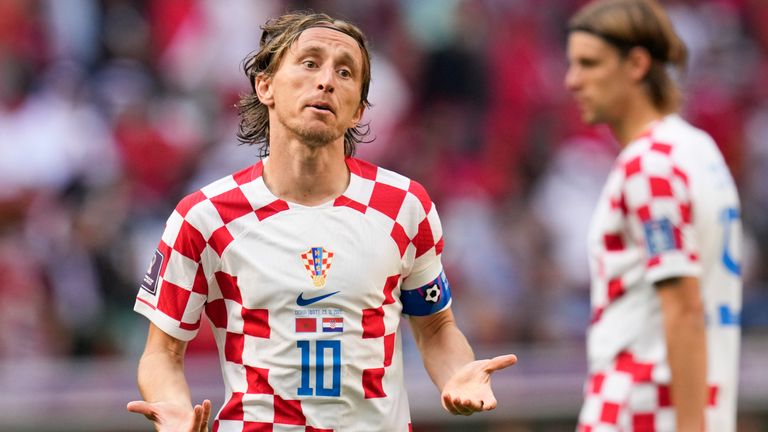 There were just two attempts on target from both teams in a match played in searing desert heat despite the best efforts of the air-conditioned Al Bayt Stadium, 50km north of Doha.

It was the third goalless draw at this winter’s tournament in the space of 24 hours.

Three of the last four games at the World Cup have finished 0-0, more goalless draws than there were in the previous 73 matches in the competition combined.

Croatia, beaten by France in the final four years ago, were making their sixth World Cup appearance, having either been eliminated in the group stages or at least reached the semi-finals. But they would fail to score for the first time in 12 World Cup matches, since what was their only other goalless draw in the competition against Japan in 2006.

Morocco have proved to be one of the most difficult sides to beat in world football of late, and have now lost just two of their last 41 games across a three-year spell, while Croatia extended their own unbeaten run to seven games in a game that will not live long in the memory.

The only previous meeting between these two nations was in the Hassan II Trophy in December 1996, played in Casablanca, but here was a very different backdrop.