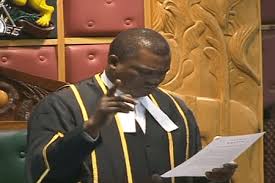 MPs Demand for Lifting of Covid-19 restrictions in Parliament

The lawmakers want the Speaker to review the rules he issued in March last year and reviewed in June to allow more members to sit in the chambers for plenary debates.

As per the rules, less than 120 members are allowed to sit in the House, a move MPs said locks out a number of them from critical debates.

Garissa Township Aden Duale made the rallying call saying the rest of the country has been opened and that other arms of government are gradually returning to normalcy.

He said the country has been opened up for business, curfew lifted and that 99 per cent of members and staff have been vaccinated.

“We urge the Speaker to open the House to all members in line with the current Covid-19 protocol so that every member can sit on a chair with a microphone and participate in legislation,” Duale said.

He argued that the Legislature remains very critical in dispensing its role of representation, legislation and oversight and as such should be free from the restrictions like the rest of the country.

“We can restrict the number of visitors coming to the precincts of Parliament and allow us to exercise our functions in accordance with the Constitution,” he said.

However, the House is split on whether the rules should be lifted citing that some MPs are yet to be vaccinated against the virus.

Ndaragwa MP Jeremiah Kioni said there was still the need for observing protocols such as social distancing and hand hygiene.

“Even as you consider that request, it is important we still maintain some social distance. It makes one comfortable,” he said.

His nominated counterpart Jenifer Shamalla said the rules be maintained as the country is not yet out of the woods.

“We are not compliant because even as we interact, there are some not wearing masks. I request that we keep the rules as they are,” she said.