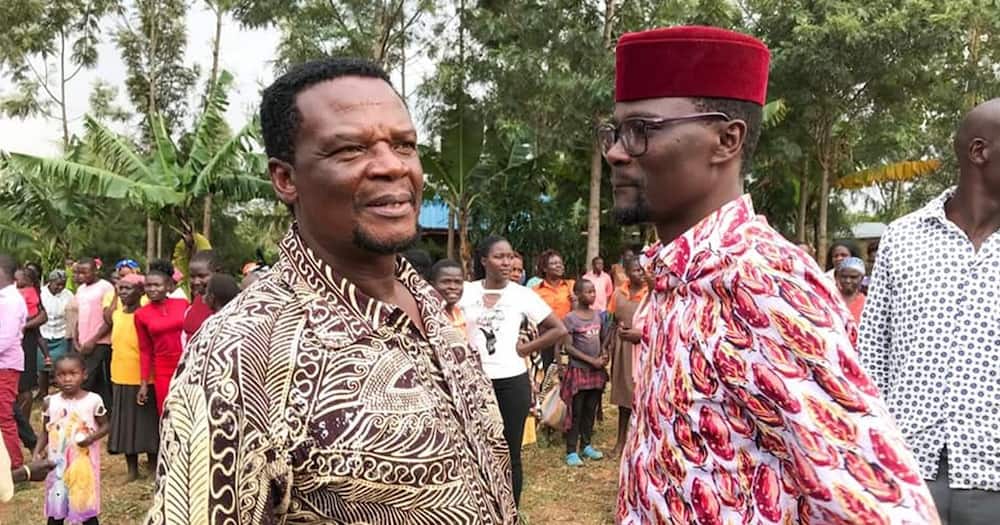 The Ethics and Anti-Corruption Commission (EACC) has accused  the two MPs, Sirisia’s John Waluke and his Kimilili counterpart Didmus Barasa of masquerading as former senior officers at the KDF.

EACC has now written to the National Assembly, warning Waluke and Barasa against “misuse and misinterpreting of military titles” through the continued use of the titles of Major (rtd) and Captain respectively.

In separate letters dated September 23, Mbarak told Parliament that EACC had received information that Barasa and Waluke have been using the title of Captain (rtd) and Major (rtd) in their official transactions “and otherwise you have never acquired and or attained such title while serving at KDF, which is reported to have triggered an investigation whose results turned out positive.”

In the letter, the anti-graft agency boss Twalib Mbarak warns the duo that the continued use of the titles is criminal under the Penal Code and Leadership and Integrity Act.

When contacted yesterday, Mbarak confirmed that his office had written to Parliament and the military after establishing that the two left the military as private soldiers and not as holders of the titles they purport to have held at the time of their discharge from service.

“This is one of the unfortunate cases of senior State officials impersonating as former senior military officers when they know very well that they never attained those titles.

The action is a criminal offense under the Penal Code and the perpetrators are liable for prosecution,” Mbarak told Kenyaonlinenews.com.

Waluke on the other hand joined the military on April 15, 1980 and was deployed to the 76 Armored Reece Battalion in Gilgil where according to records with KDF, he served as a tank loader before becoming a driver at the military headquarters in Nairobi.

The lawmaker, after serving for 14 years and attaining the rank of Senior Private (SPTE), left on May 21, 1994 “upon approval of your request to be discharged on compassionate grounds”.

Barasa, told Parliament that he had worked for the Kenya Armed Forces as a Captain attached to the technical wing between 2001 and 2007.

But according to EACC investigations, he only served for one year and 76 days before he was fired over absenteeism and forgery after he was found to have faked documents to access a credit facility

Barasa, who serves in the powerful Departmental Committee on Administration and National Security, was recruited to the Kenya Air Force after a successful exercise in Kimilili in October 2007, graduated in May 2008, and then proceeded to the Kenya Defense Technical College at the Laikipia Airbase in Nanyuki.

He, however, absconded duty for many days without permission, which constitutes an offence under the military laws, leading to his arrest around January 2009.

He was subsequently fired from the Force on February 23, 2009 having acquired the rank of Private but has continued to introduce himself as a retired KAF Captain.

“That you served in the Kenya Defense Forces for a period of one year and 76 between October 28, 2007 to February 26, 2009. That upon separation of service you had only attained the rank of Private.

That you left the military upon dismissal on disciplinary grounds,” said the EACC letter to Barasa and copied to Muturi, Sialai and Kibochi.

Letter added: “(The commission) hereby warns you against giving false information and misleading the public.

You are advised to forthwith cease and desist representing yourself using the KDF military rank of Captain  (rtd). Please note that this violation has been entered into the commission’s database.”

On the Parliament’s official website, Barasa, in what passes as one of the most impressive curriculum vitae, is identified as a former Kenya Air Force Captain, who served in the military for six years.

And on Linkedin, a social media platform used for professional networking, the MP indicates that he is “Capt Rtd Didmus Barasa, OGW” and a “safety consultant”.

Interestingly, while submitting his declaration form to EACC that was stamped by a M/s J. Namanda Stmoni Advocates in order to be cleared to contest, he failed to disclose that he ever worked in the military, and instead said he was an engineer who had worked for Kenya Power company as a technician in 2004.