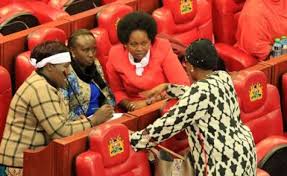 Members of Parliament (MPs) have been ordered to refund Sh2.7 billion they allocated themselves as house allowance.

That means MPs will take home less salary come Christmas after the Court of Appeal declined to suspend an order requiring them to refund Sh2.7 billion they allocated themselves as house allowance.

Last year, the High Court found that the lawmakers had illegally allocated themselves the allowance and ordered the Parliamentary Service Commission to recover the money in one year.

Aggrieved, MPs, clerks of the National Assembly and Senate and PSC moved to Court of Appeal, arguing that ­­­­­the High Court misinterpreted the Constitution on the roles of the Salaries and Remuneration Commission viz a viz those of the PSC.

They asked Justices Wanjiru Karanja, Jamilla Mohammed and Gatembu Kairu to suspend the judgment until their appeal is heard and determined.

However, the three judges found that although the MPs had raised a noble issue they did not convince the court that they would suffer if salary cuts were effected.

The SRC opposed the application arguing that MPs are public officers and therefore it has a say on what they take home as salaries.

High Court Judges Pauline Nyamweya (now Court of Appeal judge), Weldon Korir and John Mativo found that PSC had no powers to allocate Sh250,000 monthly to each MP and backdate it to 2018 without the authority of the SRC.

The judges dismissed PSC’s plea that it allows current MPs to earn equal salaries as those who served in the 11th Parliament and to keep the illegal payout.

The bench noted that PSC defied advice by the National Treasury that it ought to seek approvals from SRC and the Controller of Budget before making any payments.

“Even if PSC had the authority to set a housing benefit for the MPs, that decision could not legally benefit the current Parliament. The membership of the PSC comprises sitting MPs. The effect of the decision is to award benefits to themselves during their term thereby the effect, spirit and purpose of Article 116 (3),” the court ruled.

The court also declined to fault SRC for limiting the number of committee sittings.