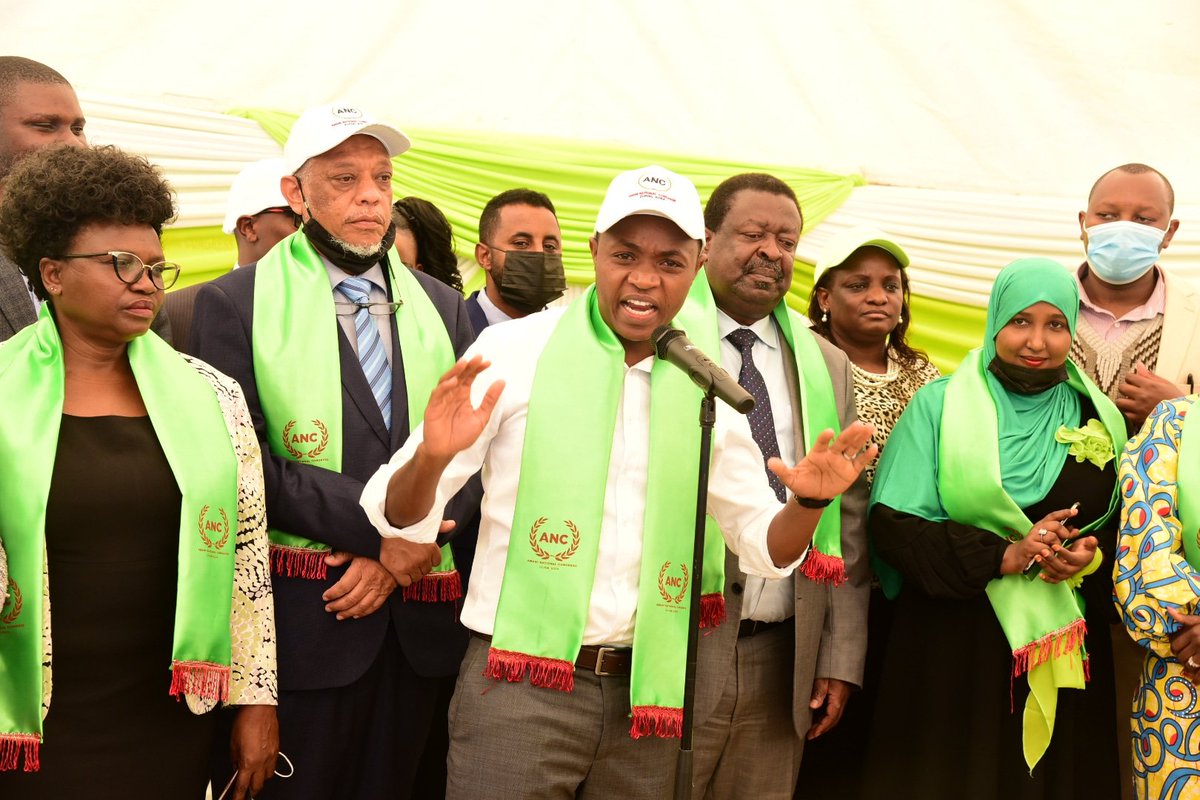 Kamau  is the new holder of the office. The position has been vacant for months after Barrack Muluka resigned and joined Deputy President William Ruto’s camp.

Gikuru was named the new SG on Thursday, September 23rd, 2021 in a ceremony presided over by the Party Leader Musalia Mudavadi.

Kamau once served as the President of Makerere University Law Society, a revered students association.

He also served as a legal officer for the Alliance Party of Kenya for its party elections board and later elected as the county chairman for the Jubilee Party in Murang’a County.

On his appointment, Kamau said that he will work hand in hand with other party officials and members of ANC to ensure that the, “vision and dream of party is achieved.”

The Makerere University graduate said he is a passionate Pan-African keen on promotion of accountable leadership having participated in political processes since his days in the university.

ANC has been keen to shed the tag that it is a Luhya party given that members of the community occupy most positions at the top.

Mudavadi said that ANC is undergoing reorganisation geared towards giving it a national outlook as it prepares for the 2022 general election.

“People wanted me to name the secretary general very fast, but I had to take my time to consider many things. Those who have been saying ANC is a Luhya party and that we do not have space for people from other communities can now see that they were wrong,” he said.

He said Kamau’s appointment is testament that the party is going to work closely with the young people by inviting them on the negotiating table during policy decision making.

“ANC Party has unveiled the youngest Secretary General for a national political party in the country. We want to walk with the youth and ANC is going to become a party of the young people in Kenya. We are sending a strong signal that we are ready and want to incorporate the youth at all levels of leadership and government moving forward,” said Mudavadi.