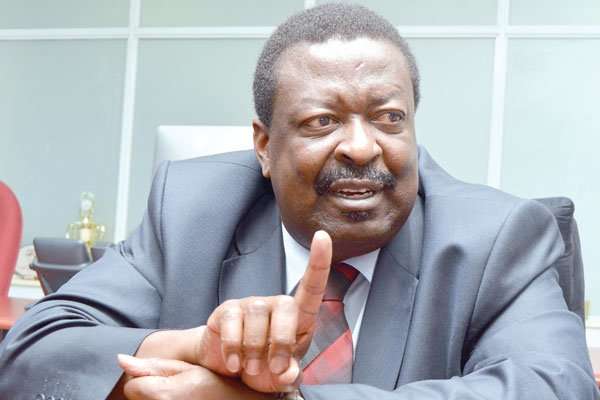 Amani National Congress (ANC) leader Musalia Mudavadi has ruled out the possibility of reviving the defunct opposition National Super Alliance (NASA) as a political vehicle of choice for his 2022 presidential bid.

Mudavadi, a former Deputy Prime Minister, said he was instead focused on building a new coalition.

Mudavadi who coined the coalition name ahead of the 2017 presidential election advised former alliance co-leaders Raila Odinga (ODM), Kalonzo Musyoka (Wiper), and Moses Wetangula (FORD-Kenya) to ‘forget about NASA’ in their pursuit for the country’s leadership.

The four leaders formed NASA after Odinga, Musyoka, and Wetangula exited the Coalition for Reforms and Democracy (CORD), an alliance they used to mount the 2013 presidential campaign.

Mudavadi said NASA was a thing of the past and as such was of no consequence to his political career.

“For me, NASA is a thing of the past and I am looking forward to forging alliances with other leaders especially from Mt Kenya region with a view of building strong alliances that will unite the country,” said Mudavadi.

Mudavadi said he is focused on strengthening his Amani party.

He said the NASA coalition was characterized by mistrust, singling out one of its principles for the state of affairs.

“NASA is now a past. We are forging forward and looking for new partners who will work together to revive the economy of our country,” he said.