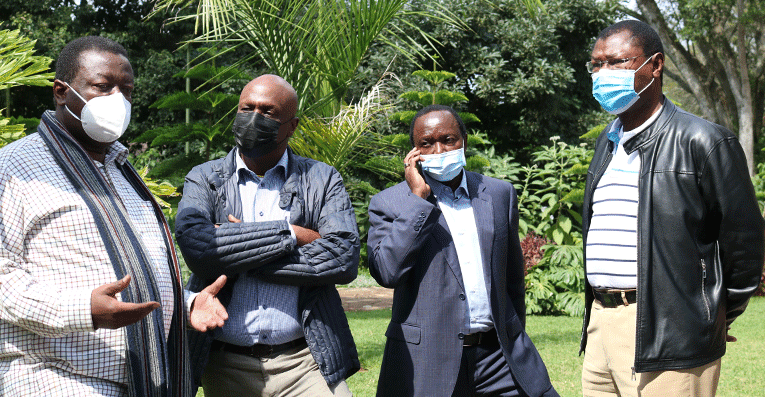 Those opposing the Bill wants the timeline of submitting the pre-election agreement shortened from six months to three months. They claim that the Bill is seeking to force those within the OKA to make their political stand as soon as February.

As of Tuesday, December 21, Mudavadi and Wetangula and their allies who oppose the Political Parties (Amendment) Bill had broken ranks with their colleagues within OKA who support the Bill.

ANC deputy party leader Ayub Savula who seeks the timeline to be shortened, claimed that the current six months timeline is meant to force those within OKA to either join the Raila-led Azimio la Umoja coalition or DP Ruto’s side.

“This is a trap for us in OKA. When you look at other presidential candidates, they are prepared. Raila is ready under Azimio la Umoja and Ruto is already having United Democratic Alliance (UDA). And we in OKA have not yet settled on a candidate and we can’t do that within just two months,” Savula told a local daily.

Though Musalia led-party has openly criticized the proposed changes, Kalonzo’s Wiper party has welcomed the move.

“The proposal has the full support of the Wiper Democratic Movement,” Kalonzo was quoted in a section of the press.

Kalonzo’s statement comes amid claims that he is in talks with President Uhuru and Raila over a possible coalition.

The Bill is set to be debated on Wednesday, December 22, 2021 before the National Assembly and Members of Parliament will determine whether to make the amendments or not.