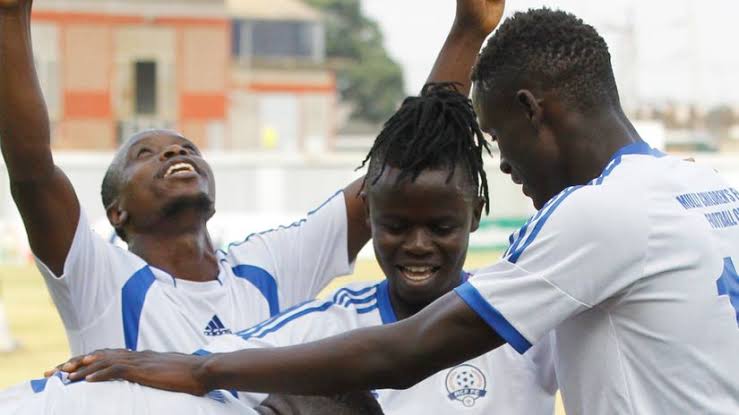 The match started on a high, with the visiting side being the better side in the opening minutes of the encounter.

Former AFC leopards Youth striker and last season’s Nairobi west regional league top scorer Vincent Nyabuto found the back of the net for Shabana FC in the 20th minute, but his effort was correctly ruled for offside

MCF who were until then winless in the past seven rounds and sat bottom of the table, quickly responded to the scare scoring quick goals in the 26th and 33rd minutes, sending the match to a 2-0 halftime break.

MCF enjoying home crowd support, scored two more goals in the second half to condemn the Nyanza based Shabana FC to a 4-0 defeat, the heaviest they’ve suffered this campaign

Elsewhere in Ruaraka, another Kisii based side, Gusii FC had better fortunes as they held a high-flying Naivas FC to a goal less draw.

In Mombasa, a master class from Coastal heroes dispatched a visiting Murang’a seal 4-1 at the Mbaraki Sports club. A couple of kilometres away at the the Serani grounds, Mombasa Elites beat Mara sugar 3-2.

In Kericho,  Dandora Love showed no love to their hosts, to the for Zoo Kericho by pipping the former Kenyan Premier League (KPL) side by a solitary goal.

The 2019 FKF Cup semifinalists debutants SS Assad had a sad outing as a high flying former FKF PL side Kisumu All Stars shone brightest to beat them 3-0 at the Moi Stadium in Kisumu.

At the Mumias complex, former top flight league side Vihiga United beat APs Bomet 2-1 to keep alive their hopes of returning to the premiership.

Migori Youth were 2-0 losers to Muhoroni Youth at the Awendo green stadium.

Kibera Black stars and Mwatate United FC all shot blanks to end the clash in a goal less stalemate.