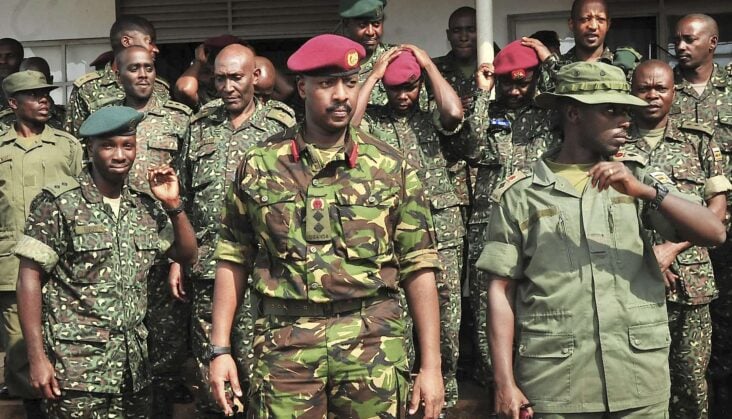 It is barely six weeks since general Muhoozi Kainerugaba, the son of the president of Uganda Yoweri Kaguta Museveni sent a message to Kenya threatening to attack its capital city and recapture it. This led to a heated debate and tension between the two countries and Museveni and his son was forced to apologize.

Kenyans thought that Muhoozi had learned his lesson but that is not the case. On Saturday night the general sent another mocking message to Kenya threatening its economy. Muhoozi said that Kenya can not survive without Uganda or the US and if they stopped being our partners we would perish. Not stopping at that Muhoozi demanded that the Westlands sub-county be renamed Kololo as an honor to Uganda because they used to live there. 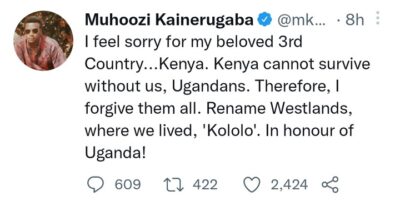 “I feel sorry for my beloved 3rd Country…Kenya. Kenya cannot survive without us, Ugandans. Therefore, I forgive them all. Rename Westlands, where we lived, ‘Kololo’. In honor of Uganda!” Muhoozi claimed.

This message has also sent the country into a big discussion as people have been left wondering what could be wrong with Muhoozi and Kenya. He seems not to learn from his past mistakes and Kenyans think Uganda should be punished for their sons’ mistakes.