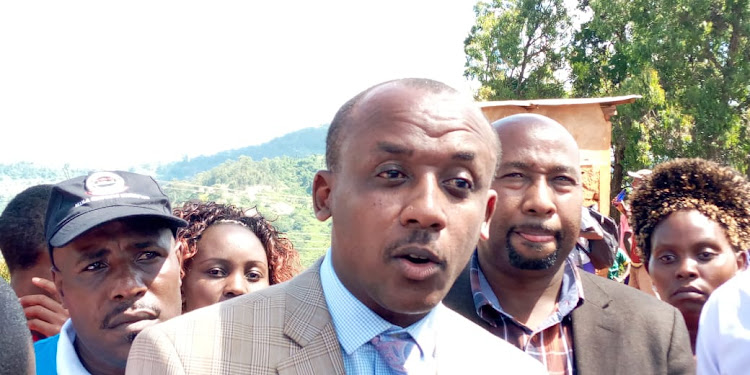 Senator Mutula Kilonzo Jnr has said the arrest of FKF Nick Mwendwa is political and malicious. Mutula was speaking at the Milimani Courts after Senior Principal Magistrate Wandia Nyamu gave the state 7 days to bring charges against Mwendwa or close the file.

In her ruling the Magistrate said she found it peculiar that despite holding Mwendwa for a whole weekend the prosecution could not decide what charges to bring against the FKF President.
“I find that there was no good faith on the part of the Republic in seeking further detention of the respondent without a charge,” she ruled.

The Senator said the court had started to discover that he had always known.

“We are happy that the court has ruled that this process is malicious and in bad faith. We have known all along. They want Nick Mwendwa out but they are now stuck because FIFA has said put Nick back in office and we will discuss when he is in office.

“We are happy for them to inspect but the process must follow the law. FKF were supposed to heard before the CS took action, that is what the Sports Act says.
The CS is not above the law”

Mutula said the state should keep politics out of football and sports in general.
“We should not bring politics into sports. That is why they are so keen on giving him a bad name and even humiliating him by putting him in handcuffs.
We must not mix politics and football.”