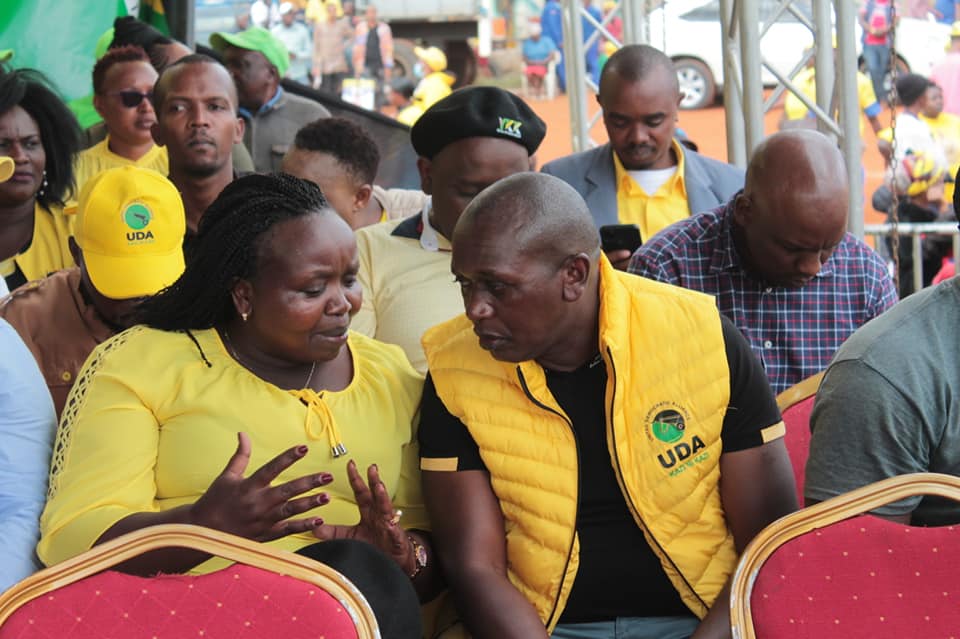 Mutura said that the UDA government will be a government that looks at the plight of the low income earners in society popularly referred to as hustlers in the implementation the bottom up economic model.

He described UDA’s bottom up economic model as a people oriented policy to help the people of Kenya especially the low income earners and jobless majority. “I want to ask you to vote for UDA from President to the Govonor Sakaja, Bishop Wanjiru as the senator, Mama Miradi Millicent Omanga as the Woman representative and of course here in Makadara we have a visionary man called Anthony Waithaka who will be our next MP,” Mutura said.

Mutura noted that the best way to give William Ruto power as the fifth President is by electing candidates in UDA and his Kenya Kwanza coalition.