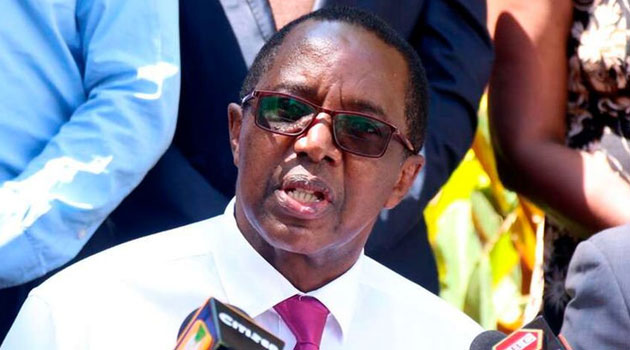 The struggling Sports, Talent and Entertainment industry is set to rip big if Agano party’s presidential candidate David Mwaure is elected as the fifth president of Kenya come August 9.

While launching his manifesto Monday afternoon in Nairobi, Mwaure said that he is planning to invest a minimum of Sh1trillion into the talent and creative industry.

This, he said will go a long way in improving the sector and making the youth productive and widen Kenyan income, ‘since the excellently performing artists and sports women and women will get international invitations to perform at high levels’” he added

Mwaure said that the Kenyan youths, when properly engaged, will help in various sectors of the economy.

He was speaking at a time when Kenyan football is at its deathbed due to persistent push and pull between the Ministry of Sports and world governing body FIFA who has since suspended Kenya from its competitions.

The national volleyball team Malkia Strikers almost failed to travel to Brazil for a two-month training before the World Cup competition due to lack of finances and were rescued last minute with a betting firm same as Simbas, the rugby 15 aside team which has since done the country proud in France when they thrashed stubborn neighbours Uganda 42-8*in their quest to qualify for rugby world cup, also faced financial difficulty before flying and are the men’s nation’s basketball team Morans, who had the international basketball body FIBA come to their rescue

Mwaure is the first presidential candidate to directly quantify the amount of money he intends to invest in the sports and entertainment industry if elected.