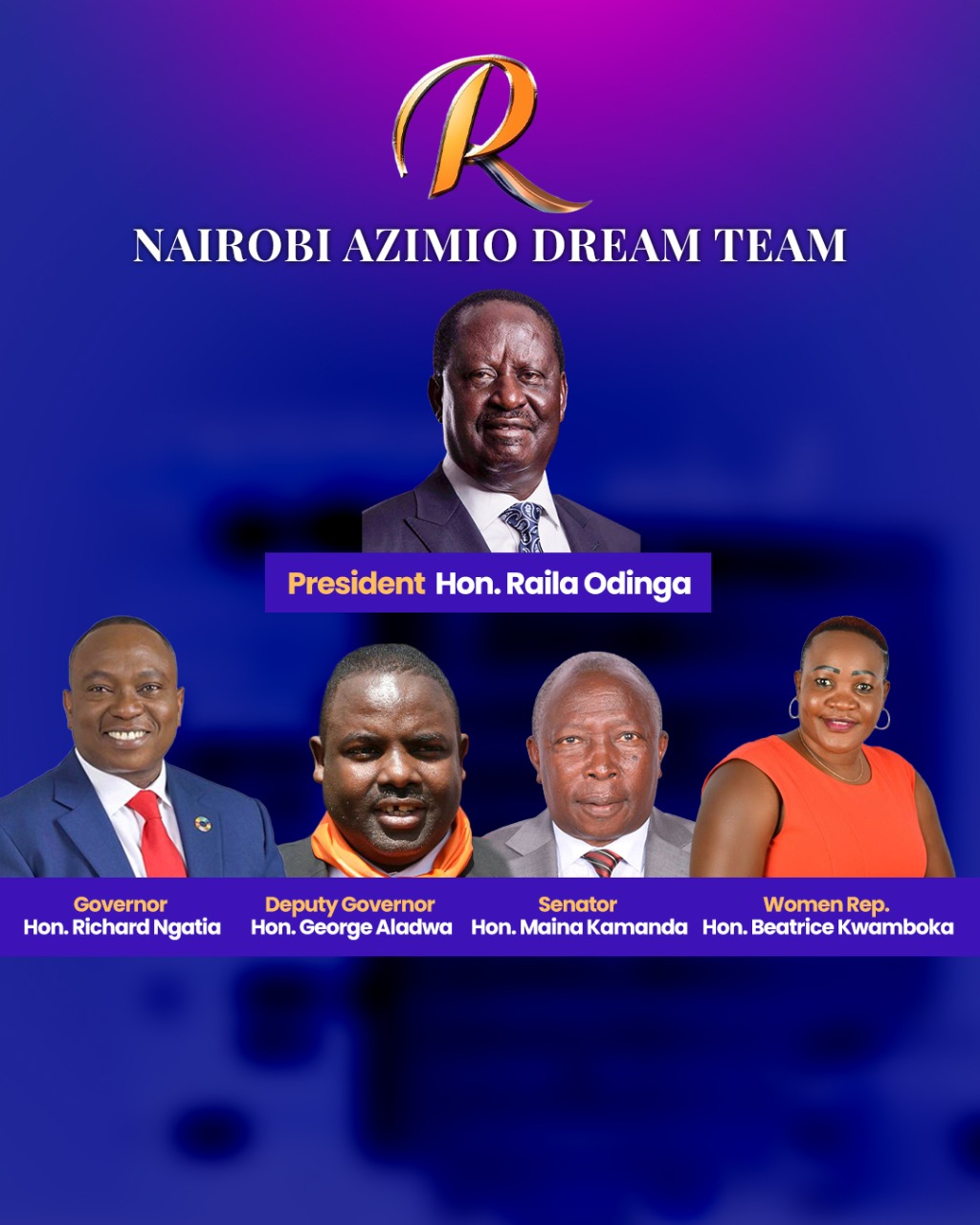 The Azimio la Umoja power line up for Nairobi County can now be revealed as alignments and realignments begin to take shape in the Raila Odinga led movement.

Sources close to Kenya Online News have revealed that a line up with President and the Nairobi formation has been crafted seven months to the general elections.

Under the Azimio la Umoja Nairobi super line-up, Raila Odinga will be the presidential candidate with the Nairobi county seats being distributed among allies of the Orange Democratic Movement (ODM) leader Raila Odinga and President Uhuru Kenyatta.

Kenya National Chamber of Commerce and Industry (KNCCI) president Richard Ngatia has been identified as the Azimio la Umoja Nairobi gubernatorial candidate in a give and take agreement between the two handshake partners President Kenyatta and Odinga.

Ngatia, a new comer in city politics, is a close ally of President Kenyatta who has since showing interest in running for the governor’s seat, has had a meteoric rise in ratings even before officially launching his bid and campaigns.

In the formation, Ngatia will be deputized by Makadara Member of Parliament George Aladwa who had as well expressed his intention to run for the gubernatorial seat. Aladwa, who brings the much needed political acumen to Ngatia’s bid, is a former Nairobi City Mayor who has vast experience with the on goings at City Hall having been a councilor in the city.

Nominated MP and former Starehe legislator Maina Kamanda will get the Azimio ticket to run for Nairobi Senator. The vocal veteran Jubilee legislator has been Odinga’s main proponent in the city and Mount Kenya region.

The Nairobi Women Representative Azimio la Umoja ticket will go to nominated senator Beatrice Kwamboka. Kwamboka has been key in the Building Bridges Initiative process as well as Odinga’s Azimio la Umoja clarion call. She has emerged the strongest candidate to counter rivals for the seat among them Milicent Omanga, who hails from the Kisii ethnicity and who is allied to the Deputy President William Ruto’s UDA party.