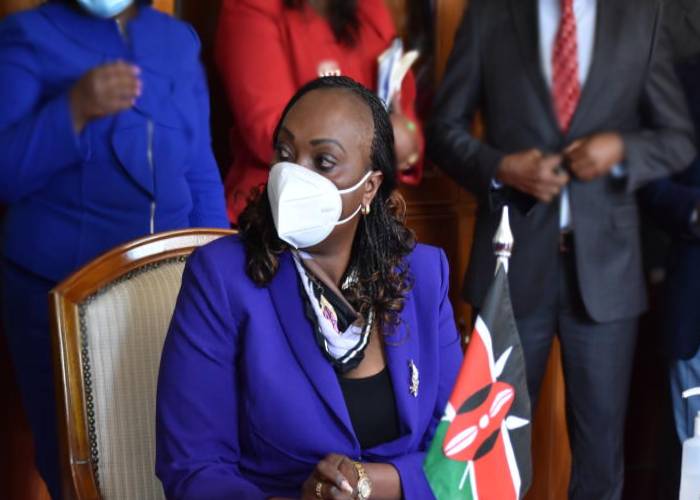 Nairobi Governor Ann Kananu was ignored and not recognized as the host during the Jamhuri Day national celebrations at Uhuru Gardens, December 12, 2021 despite being the host county chief.

In past national celebrations, host governors have been given the opportunity to say a word and invite the key speakers, usually the President and his deputy.

Though the programme indicated that Kananu would make an address, the Nairobi county boss was not given the opportunity to speak or even invite key guests.

During the last Mashujaa Day celebrations at Wang’uru Stadium in Kirinyaga, host Governor Ann Waiguru was given the opportunity to make an address. This has been the custom in other counties that have hosted national celebrations.

On Sunday, the official programme said Kananu was to arrive at the venue at 10.15am.

It said Kananu would make a brief remark after an entertainment session ends and then invite Deputy President William Ruto to speak and then call President Uhuru Kenyatta to address the nation.

But after entertainment, the MC invited Ruto to speak and invite the head of state.

Uhuru, after concluding his remarks, asked ODM leader Raila Odinga to greet the nation, saying he has been his close ally since the March 9, 2018, handshake.